ONGC - India 39th most competitive country, up 32 places in 2 years

For the second year in a row, India climbed 16 positions to occupy the 39th spot in the global competitiveness index. According to the GCI   Report 2016-17, released by the World Economic Forum, India showed the biggest improvement in rankings as its competitiveness improved on several fronts including efficiency in goods market, business sophistication and innovation.

“Thanks to improved monetary and fiscal policies, as well as lower oil prices, the Indian economy has  stabilised and now boasts the highest growth among G20 countries. Recent reform efforts have concentrated on improving public institutions,opening the economy to foreign investors and international trade, and   increasing transparency in the financial system.” said the report.

The WEF defines competitiveness as “set of institutions, policies and   factors that determine the level of productivity of a country” and the scores are calculated by measuring competitiveness on 12 parameters that   include institutions, infrastructure, macroeconomic environment and health and primary education among others. 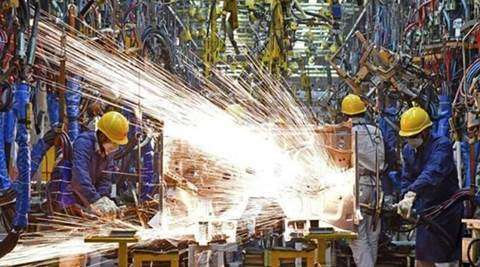 While Switzerland, Singapore and the US continued to occupy the top three slots in the GCI, China occupied the 28th position. Among the BRICS nations, India comes only after China as Russia,South Africa and Brazil occupied 43rd, 47th and 81st places, respectively.

The report,however, shows that there are still several important areas that the country needs to focus on and that includes infrastructure development, the use of technology and efficiencies in the labour market. It said   that the labour market is segmented between workers protected by rigid regulations and centralised wage determination, especially in the manufacturing sector and there are a large number of unprotected and   informal workers.

“The efficiency of the domestic market is hindered by fiscal regulations that allow federal states to levy different levels of value-added taxes; large publicly owned enterprises further reduce the overall efficiency of the economy.... Finally, lack of infrastructure and ICT use remain bottlenecks,” the report said.

Over the last few years,improvement has been slow and investment will be needed to connect rural areas and ensure they can benefit from and contribute to the country’s development.