In  the past 3 years, despite oil prices tumbling to record lows, we have not only  sustained production from our existing fields through incremental inputs but  also taken large meaningful and calculated investment decisions to ensure  sustained volumes and financial growth. 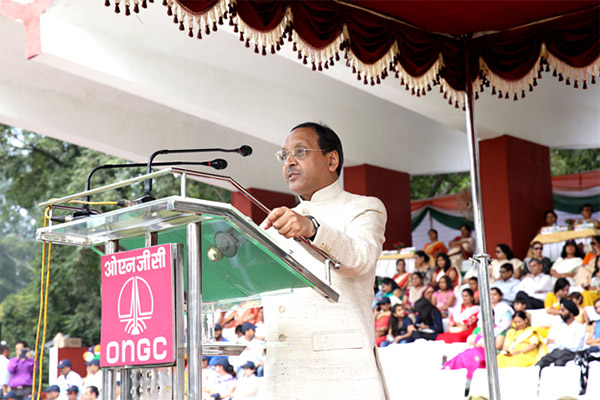 “Share of gas in India’s  energy basket is set to increase from 6.5% to 15%. Government is focused on  making our economy gas based”, he said.

Talking  about ONGC’s plans, Mr Sarraf said that many of ONGC’s new projects are gas  based. “We have flagged off 17 production related projects with a CAPEX of Rs.  76,000 Crore in the last three years. These projects would produce 69 MMT of  crude oil and 118 BCM of Natural Gas during their profile period. Cumulative  production from these projects would peak during 2020-21 at 6.65 MMT of crude  and 13.38 BCM of gas which is 45% of our oil and gas standalone production  during FY’17”, he said.

ONGC’s  flagship project – development of Cluster-2 of KG-DWN-98/2, continues to be on  stream; all activities are going on at fast pace, Mr Sarraf said. The project  would produce about 25 MMT of oil and 50 BCM of gas with peak production of 4  MMT of oil and 5.5 BCM of gas. This would be equivalent to 17% and 24% of current  standalone oil and gas production respectively– from a single project.

Hon’ble  PM has envisioned a 10% reduction in Hydrocarbon imports by 2022. As India’s  premier E&P Company, we have a major responsibility to fulfill this vision.

In  FY’17, we made 23 hydrocarbon discoveries with a total reserve accretion of 65  MMtoe. Our overall 2P Reserve Replacement Ratio was 1.45, making it the 11th  consecutive year that the Company has recorded an RRR in excess of ‘one’. While  our exploration track record has been consistently noteworthy, the fact that we  successfully put 8 out of the 13 onshore discoveries on production within the  same year i.e. FY’17, reflects our desire to immediately monetise these  discoveries, he said.

Our  onshore assets have reversed declining trend in production, persisting for  several years, by registering crude production at 5.97MMT in FY’17 as against  5.82 MMT in FY’16. I am sure that ONGC will demonstrate this production growth  in FY’18 also. “Production numbers till date support this belief”, he said.

ONGC celebrated 70 years  of India’s independence with renewed pledge to contribute towards India’s  energy security. Mr Sarraf motivated ONGC employees to keep a close eye on the  latest relevant upstream technologies to unearth the newly discovered volumes  which are mostly located in difficult geologies such as Deepwater, High  Pressure-High Temperature fields or even Gas Hydrates, which promises to be the  energy source of the future. 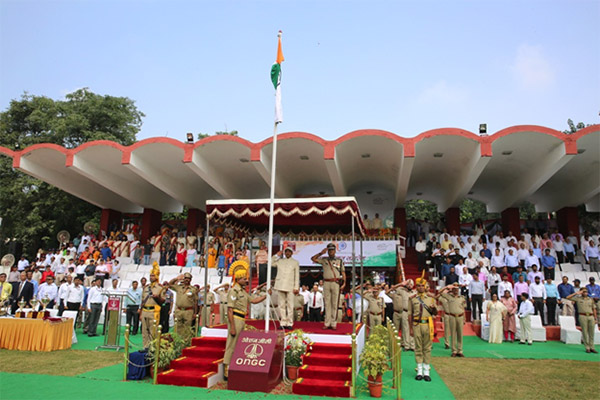