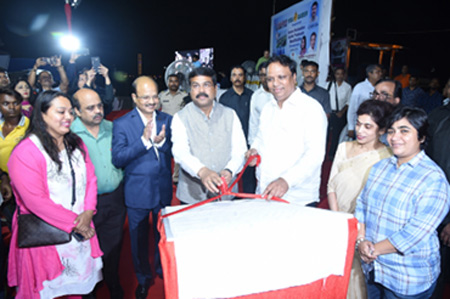 Mr. Pradhan highlighted that today Yoga is a lifestyle solution across the world and said that ONGC has always supported Yoga not only in the celebration of International Yoga Day but also among its employees through various programmes. He suggested the idea of outdoor LED screens that can be put up at the park with simple Yoga instruction videos which can be followed by common people. He said that such a move would also help in spreading yoga among the masses. He also advised planting of more trees to increase the green cover of the promenade. 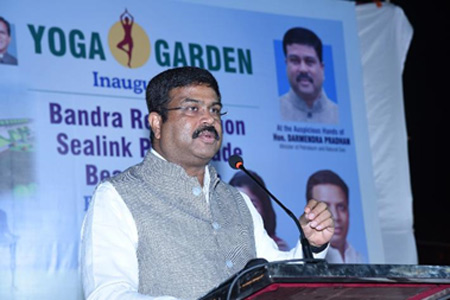 Appreciating ONGC and ONGCians, he said, “The immense contribution of ONGC towards nation building is hardly known in country. The grit, determination and hardship put in by the ONGCians in exploring oil and gas from difficult terrains especially offshore has to be seen to be believed. The sacrifices made by these energy soldiers in their search for oil and gas have to be applauded.” The Minister shared his experience of his visit to Mumbai offshore and said that it made him aware of the hardships faced by the ONGCians in their pursuit of oil and gas. He recommended that ONGC should immediately take up renovation of its colonies in a time bound manner to provide better living conditions to its employees. He also requested Ms. Poonam Mahajan and Mr. Ashish Shelar to facilitate ONGC in getting more FSI to ONGC so that more employees can be provided better accommodation. 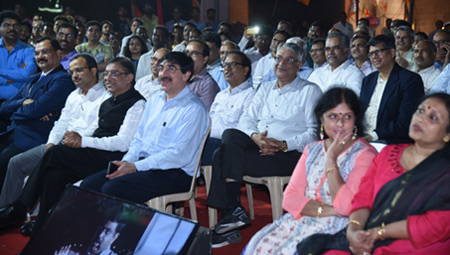 Stressing the necessity of increasing the awareness among the common public about the stellar role of Oil and Gas Industry in the economy of the country, Mr. Pradhan said that Mumbai has a crucial role in the oil and gas story of the country with more than 70% of oil and 80% of gas production coming from Mumbai offshore. “I therefore, think that we should have an oil and gas industry laser light and sound show in the city where the story of oil exploration in Mumbai offshore is recreated”, he said. “I am sure once it is put up it will be a permanent part of the tourist circuit”, he added. He said that the light and sound show should be put in place in a fixed time frame. 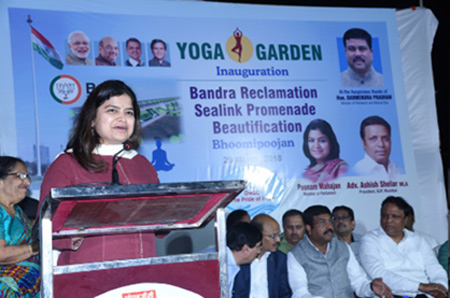 Speaking on the occasion, Member of Parliament, Poonam Mahajan said that Yoga is the key to finding a balance in our fast paced lives today and thanked ONGC for supporting the initiative. She added that the thought for beautification of the promenade stems from the idea that such initiatives would not only improve the community facilities but would also play a role in spreading positive messages in the society. President, BJP Mumbai, Adv. Ashish Shelar, MLA, Maharashtra Assembly also thanked ONGC for partnering the initiative of redevelopment of the Bandra Reclamation Sea link Promenade. He hoped that the promenade, in the days to come, would become a permanent fixture in the tourist circuit of the city. He thanked Hon’ble Minister Mr, Dharmendra Pradhan for initiating the idea on his earlier visits to Mumbai and supporting the efforts wholeheartedly. 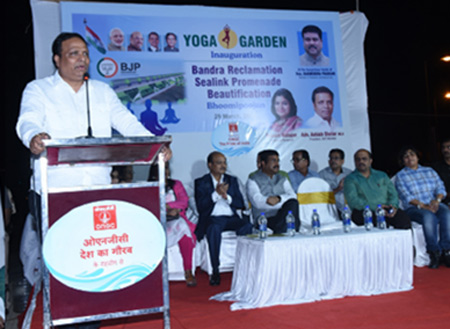 Shashi Shanker, CMD, ONGC reiterated ONGC’s commitment towards society and said that ONGC has supported various CSR initiatives across the country such as construction of 300 bedded hospital at Sivasagar, major contribution for the Cancer hospital at Nagpur, constructing 8000 toilets in schools in 10 states in the country apart from partnering other Oil PSUs in setting up of Skill Development Centres at 6 locations in the country. He said, “In Maharashtra ONGC has supported CSR projects worth 160 crores in last 4 years such as solar powered kitchen for Dr. Baba Amte Anandvan village for leprosy affected people, 30 Ekal vidyala at Palgar, Mobile Medical Units at Panvel and Community Toilets at Dharavi.” He said that ONGC is happy to be associated with the first Yoga Theme Park in Mumbai and hoped that the park would go a long way in improving the life of the community around. 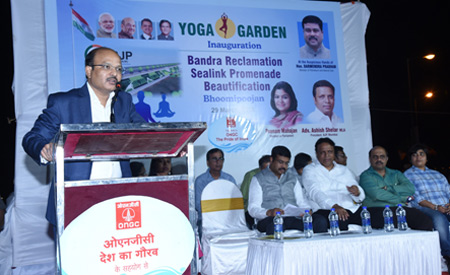 The site is a part of a larger promenade which is frequently used by more than 3 lakh local residents and viewed by more 50,000 people every day who pass by the area. The project is being executed by Ravindra Joshi Medical Foundation, a charitable organization engaged in health related social causes.

The aesthetic highlights of the garden are the Green wall / Vertical gardens, created on the embankment incorporating indigenous native plants to enhance the soothing visual appeal and Seven Yoga postures, being depicted with visual lighting on the vertical green wall. A 15 feet tall statue of Patanjali the first yoga exponent who documented Yoga sutras, (the basis of yoga asanas) in “Padmasana” posture, has been placed at the centre of the garden.