An Indian Consortium led by ONGC Videsh, wholly owned subsidiary and overseas arm of Oil and Natural Gas Corporation Limited (ONGC), BPRL & IOCL signed a pact for acquisition of 10% participating interest in the ADNOC Group owned offshore Lower Zakum Concession for 40 years from 2018 to 2057. This is the first time that Indian oil & gas companies have been given a stake in the development of Abu Dhabi’s hydrocarbon resources. 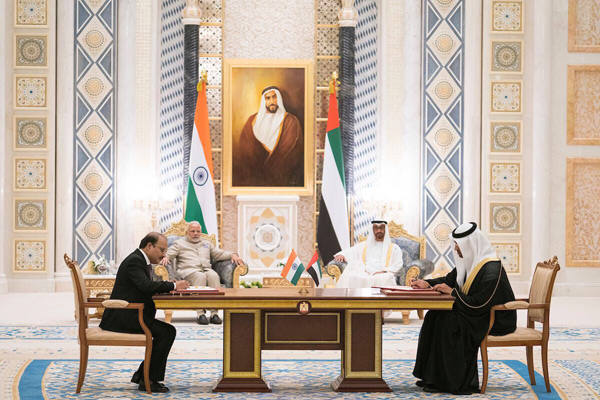 Hon’ble Prime Minister Shri Narendra Modi said, “The ADNOC offshore concession in favor of the Indian consortium has taken our bilateral engagement in the oil and gas sector to a new level, which befits the comprehensive strategic partnership between India & UAE.”

ADNOC Group’s CEO, Dr Sultan Ahmed Al Jaber stated that this strategic partnership with ONGC and other members of the consortium would  help India meet its growing demand for energy and refined products, and create opportunities for ADNOC Group to increase its market share in a key growth market.

Shri Shashi Shanker, CMD, ONGC Group of Companies stated “This agreement with ADNOC Group will bring a plethora of opportunities in the times to come.”