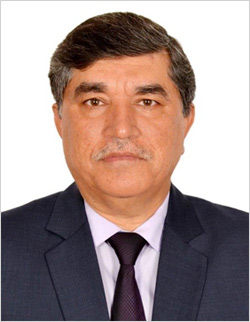 Mr Subhash Kumar has taken charge as Director (Finance), ONGC on 31 January 2018. Mr Kumar was recommended to the position by Public Enterprise Selection Board (PESB) on 26th October, 2017 and has been appointed to the post by the President of India.

Mr Kumar is Fellow Member of ICMAI and also Associate Member of ICSI. He is an alumni of Panjab University, Chandigarh, where he obtained his Bachelors degree and Masters degree in Commerce with Gold Medal.

Mr Kumar joined ONGC in 1985 as Finance & Accounts Officer (F&AO). After initially working in Jammu and Dehradun, he had a long stint at ONGC Videsh, the overseas arm of ONGC. During his tenure with ONGC Videsh, Mr Kumar was associated with key acquisitions and expansion of company's footprint from single asset company in 2001 into a company with global presence in 17 countries with 37 assets. He played a key role in evaluation and acquisition of many Assets abroad by ONGC Videsh.

He worked as Head Business Development, Finance & Budget and also as Head Treasury Planning & Portfolio Management Group at ONGC Videsh from April 2010 to March 2015. He then went on to serve as Chief Financial Officer of Mansarovar Energy Colombia Limited, a 50:50 joint venture of ONGC Videsh and Sinopec of China, from September 2006 to March 2010.

Mr Kumar joined back ONGC as Chief Commercial & Head Treasury of ONGC in July, 2016 where he played a key role in evaluation, negotiation, and concluding outstanding issues pertaining to the organization.