Sh Dharmendra Pradhan,Union Minister for Petroleum & Natural Gas and Skill Development & Entrepreneurship has ascribed that India is utilising the demographic dividend to its advantage and it is seen as an opportunity. 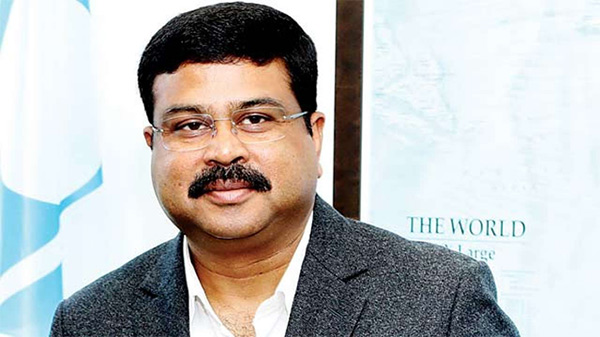 Speaking in a session on ‘ Bridging the Skill Gaps’ at World Economic Forum in Davos, Sh Pradhan elaborated the initiatives Government has taken up under the Skill India programme to skill, re-skill and upskill about 500 million people in India.

During the session, Sh Pradhan shared the Government activities with the Prime Minister of Denmark, Skill, labour and Planning Ministers from the US, the Netherlands, Singapore, UAE,Oman and South Africa.

While addressing an event organised by Invest India on the sidelines of WEF on "Skilling in a digital world", the Minister outlined in detail the Government policies and successes of various initiatives on digital skill development of all sections of society.

He has also mentioned how this Herculean task is being accomplished under the vision and stewardship of Hon’ble Prime Minister Sh Narendra Modi.

Sh Pradhan on Wednesday held meetings, including with the Global Chairman of Deloitte David Cruickshank.

The Minister also had informal discussions with the US Minister for Labour Mr. Alexander Acosta in Davos.