A big crowd gathered in the India Gate lawns on the chilly Sunday morning to witness the event.

India Gate wore a festive look on Sunday 3 December 2017, when the World Disability Day was celebrated at the India Gate Lawns. ONGC was the proud sponsor of this event, which aimed at creating awareness about Divyangs and promoting seamless inclusivity of differently-abled citizens in mainstream society.

The progam saw a multitude of cultural events and entertaining performances by Divyangs from all over the country, who showcased their talents in front of a teaming crowd of Divyangs, family members and supporters of the community.

ONGC Director-HR Mr. D.D. Misra graced the event with his presence. Speaking on the occasion, Mr. Misra said that ONGC was proud to be a part of the celebrations.  Drawing upon the United Nations 2030 Agenda to promote transformation of residential society that focuses on equal opportunities and inclusiveness, Director (HR) emphasised the need to create peaceful and inclusive societies for sustainable development. 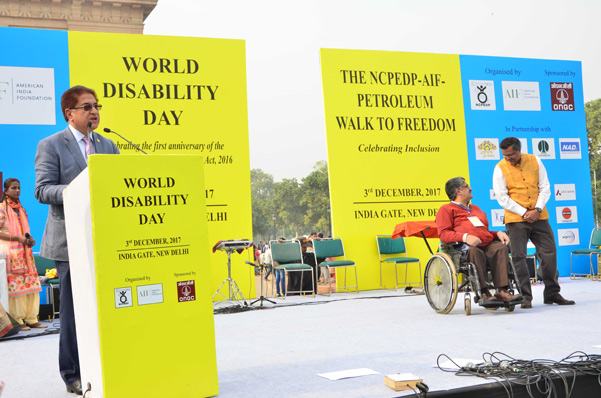 Director (HR) D D Misra spoke about the CSR activities of ONGC to the audience, with especial focus on the differently-abled

Mr. D D Misra also said that ONGC’s CSR policy was in line with the sustainable development agenda of creating an inclusive society with equal opportunities for all. He shared the fact that ONGC employs over 275 Divyangs as regular employees in 17 different streams with great success. He also said, “ONGC will be hosting the first of it’s kind Corporate Para Games wherein Divyang employees of ONGC will be participating in various sports and showcase their abilities.” 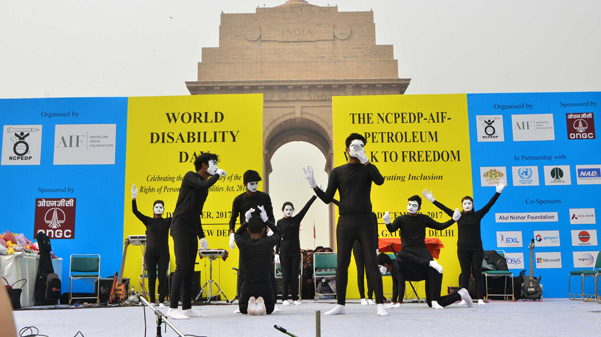 A spectacular showcase of cultural activities by the differently-abled was the show stopper, belying their disabilities

The event also saw the release of the Book Cover – Twilight’s Children, a collection of stories contributed by authors from different fields, shedding light on the plight of Divyangs in India. Director HR emphasised the need for such programs to build resolve and facilitate action that would change mindsets of mainstream society through respect and cooperation among citizens from all walks of life.