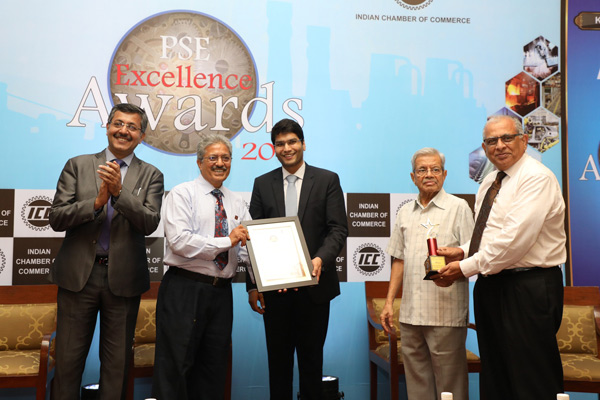 ONGC stole the  limelight at the PSE Excellence Awards 2016 organized by the Indian Chamber of  Commerce, by securing four Winner awards back to back. ONGC was declared the Winners in the Corporate  Social Responsibility & Sustainability, Human Resource Management, Corporate  Governance and to top it all - The Company of the Year, Jury award. ONGC won  the top awards in the Maharatna and Navratna category. The awards were given away during the 7th Summit of the Indian Chamber of Commerce on 7 September  2017 at New Delhi, whose theme was – ‘India Public Sector Agenda – 2020’. 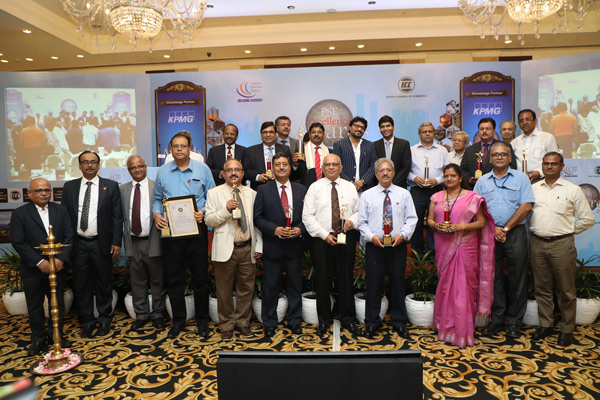 All the Winners and Runners-Up awardees, in both the categories viz. (i) Maharatna and Navaratna and (ii) The Miniratna, with the Hon’ble Minister

The PSE Excellence Awards have  been instituted by Indian Chamber of Commerce in association with Department of  Public Enterprises, Government of India to recognize excellence in public sector undertakings. An independent jury decided  on the awards from among the nomination by following a rigorous and transparent  process. The evaluation framework was designed by leading professional consultancy firm Deloitte and a panel of eminent jury members deliberated and  decided on the winners in each category based on an organization’s performance  on pre-decided criteria. 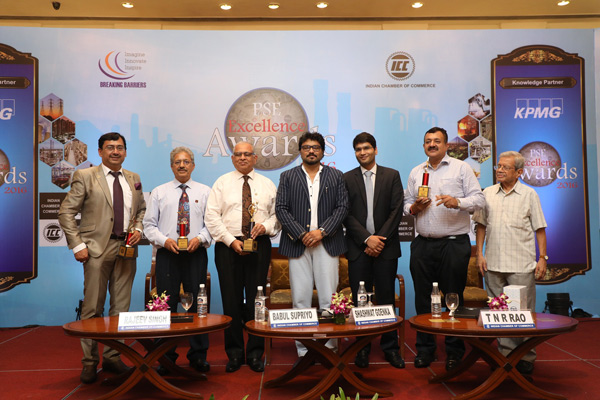 The Minister graciously posed with the ONGC team separately

The valedictory of the event was chaired by Hon’ble Minister of State for Heavy Industries & Public Enterprises, Govt. of India, Mr. Babul Supriyo. Lauding  the efforts of the public sector enterprises (PSEs) in general and the awardees  in particular, the Minister said that he is humbled by the luminaries present  on the award occasion, as these leaders have contributed significantly to  nation building. He assured the full cooperation of the Ministry in all  development efforts of the PSEs.

Mr. Supriyo added said that it’s a testing time to meet the ever-changing demands of the  consumers and the global challenges. “We  need to see how PSEs and the private sector can co-exist in a balanced manner  to fulfil the market aspirations of a developing economy”. The Minister pitched  for a continuous dialogue among various stakeholders of the industry for insight,  wisdom and support for PSEs to maximise their contribution to the country.