ONGC was a clear winner at the recently announced Dun & Bradstreet PSU Awards 2017, receiving two top awards in ‘Mining: Crude Oil’ and ‘Best Maharatna’ categories. The award was received on 25 July 2017 by ED, Chief-Corporate Planning Mr. Yash Malik on the behalf of the organization.

Secretary, Department of Investment and Public Asset Management Ministry of Finance, GOI, Mr. Neeraj Gupta (IAS) facilitated the award winners. The event was attended by some of the most recognizable names and faces in the Public-Sector space, there was much cause for cheer for ONGCians as our organization was decorated with not one but two top corporate level awards in the ‘The Dun & Bradstreet PSU Awards’ in recognition of its remarkable performance. 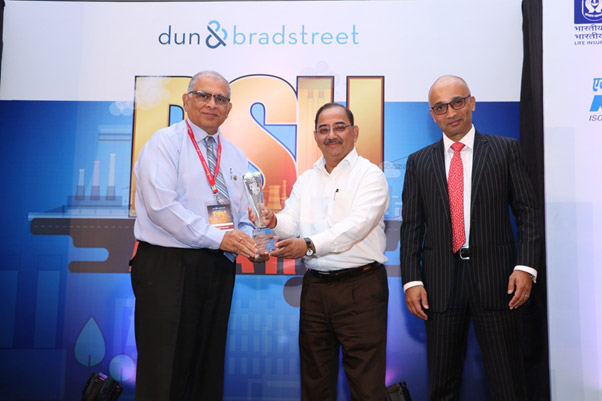 Yash Malik receiving the award on behalf of all ONGCians

Over the past decade, Dun &  Bradstreet India has endeavoured to provide top Indian companies a global platform through its initiative Dun & Bradstreet Corporate Awards. The  award recognises the exemplary performance in the corporate world and  facilitates the top companies across various sectors.

There were stringent yardsticks  and tough competition in all the sectors as the awards were decided by the eminent  jurists on various parameters of performance and best–practices across the  industry. The parameters considered for the awardees were total income, net  profit, net worth, net profit margins, growth in total income, growth in net  profit, return on net worth and return on assets, among others. Front-runners  in various categories were chosen on the basis of a composite score of the  weighted parameters.