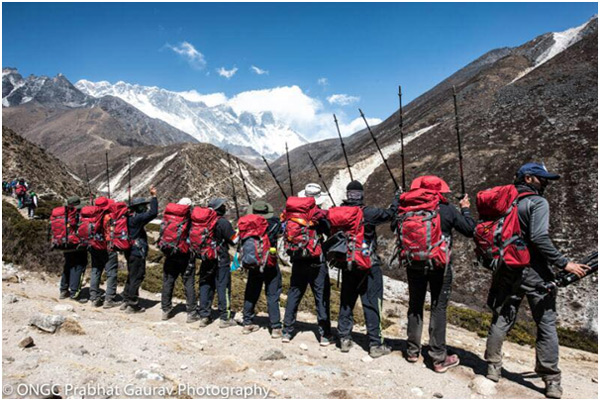 The  ONGC Everest team is slowly but surely inching closer to the top of the world.  On 12 April 2017, the team reached Dingboche, after hiking upto 4850 meters  andwalking adistance of 16kms. The team went tovillage  Chhukung which acts as the Base for all expeditions to Island Peak as a  Pre-Everestclimbing. In harsh conditions, with temperature varying  between -1 to -4 degree, theteam us all set to move tomorrow to Lobuche  at an altitude of 4900 mtrs. 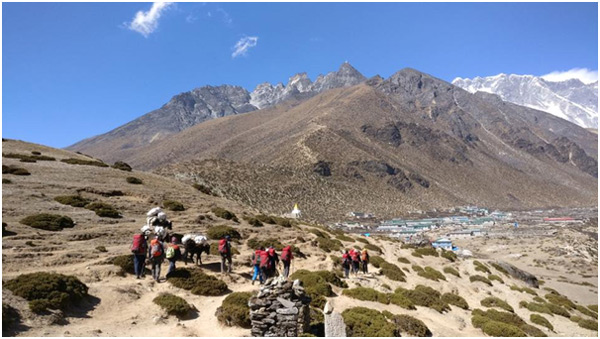 A  day before, the ONGC Everest Team had travelled from Tyangboche to Dingboche Nepal,  about 20 km away from Everest Base Camp. Enroute, the team sought blessings  from Lama Gishe of Panboche for successful expedition and felicitated local  Girl students working in the lodges during their summer break.