Inaugurating ONGC’s  Vigilance Awareness Week-2016, the CVC expressed happiness that since the  programme was being webcast across the company, it gave him opportunity to  interact with 33,000 employees of ONGC from one platform. 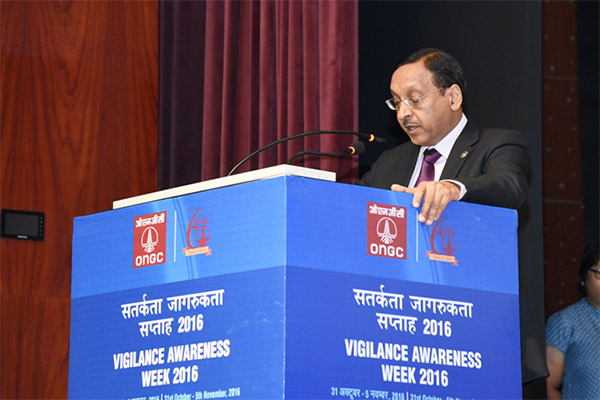 He also appreciated the  observation of ONGC CMD that each of 33,000 ONGC employees is a  Vigilance officer and is meant to remain vigilant in his/her area of activity  at all times.

Speaking on the occasion,  the CVC said, ”Such an approach is admirable as many people these  days look at Vigilance as merely a fault finding system.Therefore,ONGC’s culture  of being vigilant in its day-to-day operations is noteworthy and laudable”. 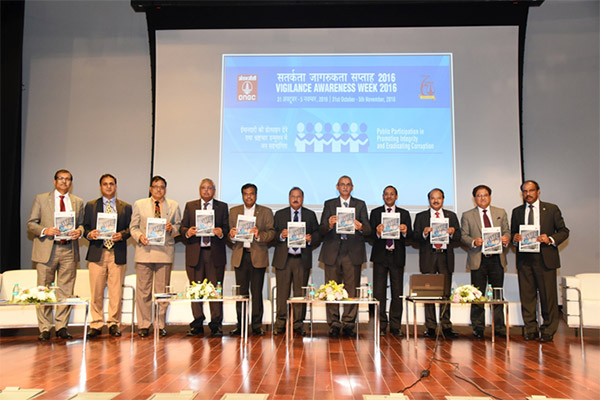 On this occasion, ‘Sajag’ - the in-house publication of ONGC to highlight best practices in Vigilance and Corporate Governance, was released by CVC, CMD, other functional Director, CVO and ED (Security).

Earlier, CMD, ONGC, Mr  Dinesh K Sarraf administered the Vigilance pledge to ONGCians. In his  address, CMD thanked Mr Chowdary for choosing to inaugurate the Vigilance  Awareness Week 2016 at ONGC at a time when similar exercise is being carried  out in hundreds of Central Government Offices and PSUs.

Mr Sarraf said that ONGC  believes in continuous improvement and looks for further ways to improve  processes to make them even more efficient, transparent and participative.

He said, “Transparency and  continuous dialogue with stakeholders to improve processes is in  our DNA. Systems like e-tender, invoice monitoring system, grievance  management and vigilance portal - all are steps towards promoting transparency”.

He said that ONGC was the first company to  implement the Integrity Pact; the energy major implemented the whistleblower  policy even before it was made mandatory.