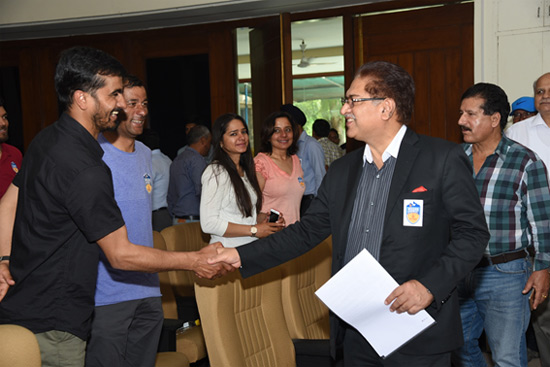 The  Flag –in function was held in presence of President IMF, Col H.S Chauhan, GM- Head Coordination, Mr. Manoj Barthwal, Mr.  N. Mani and others officials of ONGC.The  month long Mt. Satopanth Expedition was launched on 11th Sept 2016  from Delhi by Director (HR) and Director(Onshore) with their blessings for safe  and successful completion of the mission. This being the maiden expedition of  the Team Everest, a joint team was constituted including 7 experienced members  from IMF and 19 climbing members from ONGC. In order to coordinate with the  IMF, ONGC and the local agency Dr. Jagmohan Singh was nominated as the Team  Leader.

Padam  Shree, Mr. Loveraj Singh, Assistant Commandant, BSF, who is 5 times Everest  Summiteer, was nominated as the Climbing Team Leader. He was supported with  Sherpa team from Darjeeling, who were all Everesters. 19  member ONGCs team constituted employees from all work centers across all  disciplines and included 3 girls and one Person with Artificial Leg. 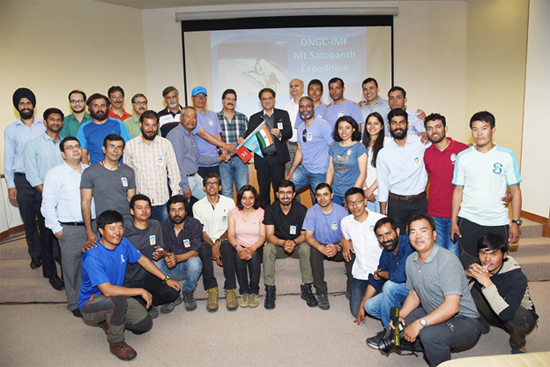 The  Expedition was conducted in 4 Phases:

Phase-1  – Journey by Road from Delhi to Gangotri, with night halts at Rishikesh and  Uttarkashi.

Phase -4 – Base Camp – Chirwasa - Gangotri – Uttarkashi – Rishikesh – Delhi<br>
During  the entire expedition, the team experienced real life situations of  mountaineering and learned to handle the unexpected situations arising in the mountains.

The  team members were very well equipped with the special clothing and equipment’s  specially procured through IMF keeping in mind the Mission Everest 2017.

Since  the Everest Mission team had already undergone continuous rigorous training in  the form of Adventure, Basic and Advance mountaineering courses at Manali, all  were physically and mentally very tough to handle the natural rough conditions  of the rocks, snow and Ice at the Mt Satopanth Expedition. For  the summit attempts since there was not enough space to establish summit camp  the team was sub divided into 3 small groups with additional support of the  Sherpa teams as part of the strategy. All the three groups successfully reached  to the summit on 3 successive days on 30th Sept, 1st  & 2nd Oct 2016.

The  teams started their summit ascent at midnight 0000 Hrs and took average time of  9 hours to reach the top and approx. 5 hours to come to the Camp 2, making it  approx. 12 - 14 hours climbing above 20000 Ft (6000 Mtrs).All  the team members gained the altitude and faced the tough climatic conditions  bravely and returned to the base camp without any injury and problems under the  able guidance of the experienced Everesters. 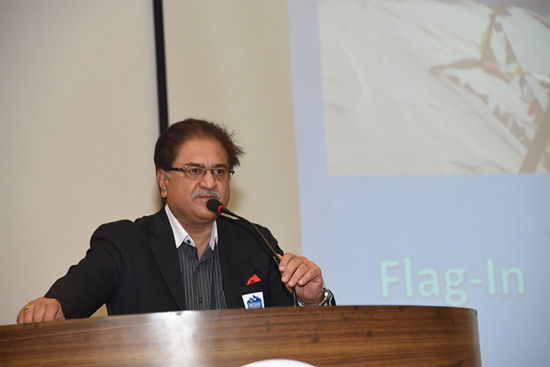 Director  (HR) applauded the team and the hard work of the team members. He appreciated  the whole team and said that every one has lived up to his expectations.  Mission Everest will be the most glorious chapter in ONGC’s history. This  expedition will escalate the spirit of adventure in the whole organization and  corporate sector. He also told the team members that they are the ambassadors  of ONGC &amp; once they accomplish the mission it will be their responsibility  to invigorate others to indulge into such courageous and adventurous activities. 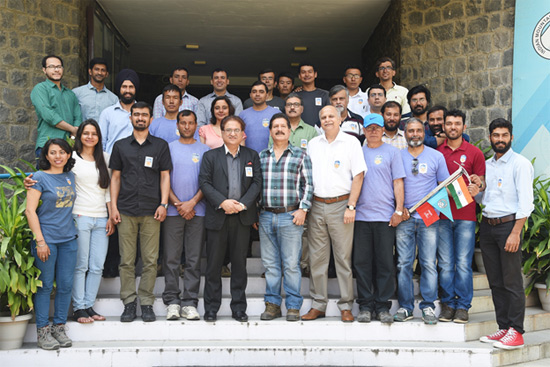 The  sense of satisfaction and achievement on the faces of the members was clearly  visible, which was also observed by the Director (HR), President – IMF and  other senior officials during the Flag-in function.

Further  the Team Everest would undergo winter conditioning camps in Dec 2016 - Jan 2017  before finally attempting for the Mt Everest in Apr – Jun 2017.