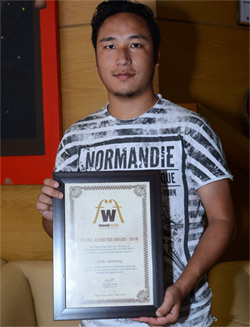 Tallo  Anthony and Wanmei Knoanwak are two of the eighteen youth trained under ONGC  CSR training program. Tallo Anthony, 25, tourism graduate from Arunachal  Pradesh, has undergone one year training program in Photography, Videography  and Editing at Green hub, Tejpur, Assam, which was fully sponsored by ONGC  under CSR initiative.The main aim  behind this training is to engage, and empower local youth  and the community to conserve biodiversity in the North Easter Region innovatively, using the visual medium to renew and deepen the respect and  understanding of nature and its resources.

The  project also aims to strengthen youth engagement with conservation of natural  resources. The overall vision is also to reach out to the community, and  connect young individuals, with other individuals, organizations and groups  working with conservation to form a web of learning, sharing, action and  opportunity.

As  a part of the training program, Tallo Anthony filmed a wildlife documentary in  Eaglenest wildlife sanctuary. This film was screened at Woodpecker International Film Festival, held at Sirifort Auditorium, Delhi and bagged the  prestigious Young Achiever’s Award.
Director  (HR), Mr. D.D. Misra felicitated the young film makers with a token of  appreciation and lauded the achievement  of Mr. Tallo Anthony and efforts made by youngsters, who have undergone a  training program and have portrayed NER wildlife and sensitized local  communities through their films and documentaries. 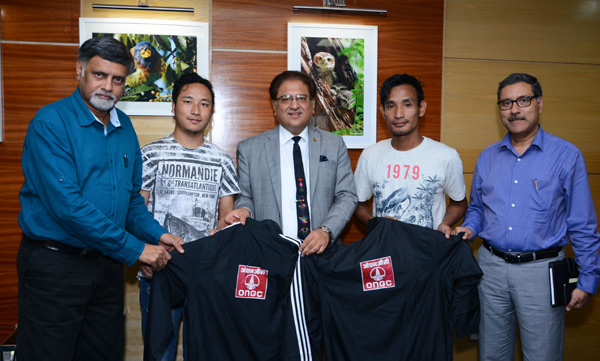 Director (HR) and his team with the CSR training beneficiaries.

Mr.  Misra while going through an award winning film articulately spoke about  wildlife and its conservation. He said that there is a need to strengthen the efforts towards wildlife  conservation. Youth and local communities should be trained to preserve natural  flora and fauna of a region. It will be a progressive and sustainable  alternative to create livelihood as well. It is essential to generate more  projects based on this ideology and create a wider web of action to give local  youth and children more direction – opening newer paths that lead to  prosperity.

Director  (HR) also mentioned more of women should be a part of this wildlife  conservation and sensitization program as women hold more credibility and have  better reach among communities. They understand nature in a better way and will  be able to hold a better dialogue on conservation with masses.