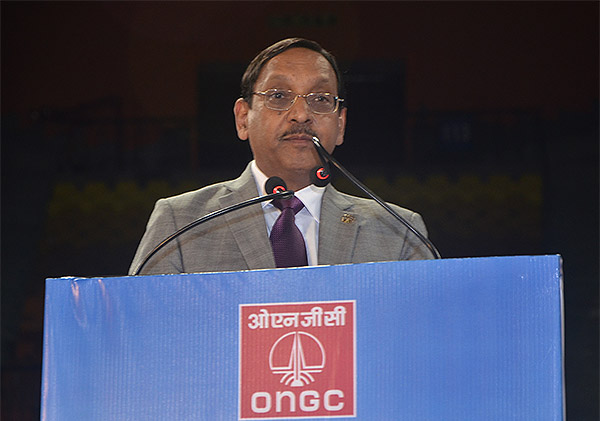 The 23rd Annual General Board Meeting of ONGC  was held today at Indira Gandhi Stadium, New Delhi. The AGM was chaired by CMD  Mr. D.K. Sarraf in presence of all board of directors who informed the  shareholders present about the financials and operating performance of ONGC  during the last fiscal 2015-16. ONGC management patiently heeded to inquiries,  suggestions of shareholders and answered earnestly.

In his AGM Speech, CMD Mr. D.K. Sarraf informed  the shareholders that amidst Global slowdown and challenges in Global Energy  industry, ONGC has yet again recorded an impressive operating and financial  performance during the financial year 2015-16. He added that while other global  E&P companies have responded to prevailing business environment by cutting  down their investments, ONGC has taken this opportunity to further develop new  E&P assets. 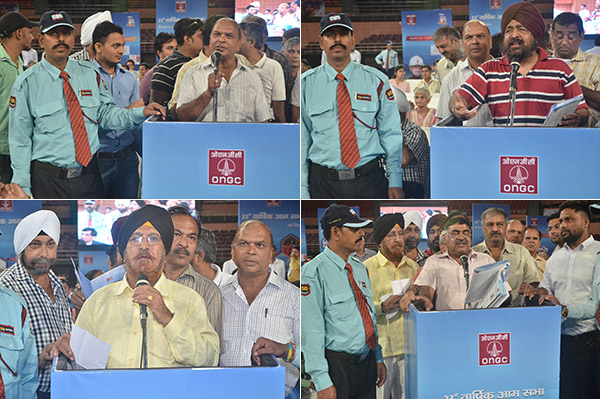 Shareholders freely interacted with the management

Several  shareholders present participated in a meaningful discussion with the board  members. They generously praised the ONGC management for exceptional  arrangements, especially taking care of elder shareholders and repeatedly applauded  the design, quality and content of Annual Report published this year.

While apprising  the shareholders that ONGC is celebrating 60 years of growth this year, CMD Mr.D.K.Sarraf read out the Chairman’s speech to the stakeholders, informing them that ONGC’s good performance notwithstanding prevailing business environment,reaffirms the company’s robust fundamentals and the statistics reflect the  resilience of the company and operating superiority that it achieves in every spectrum of its business. 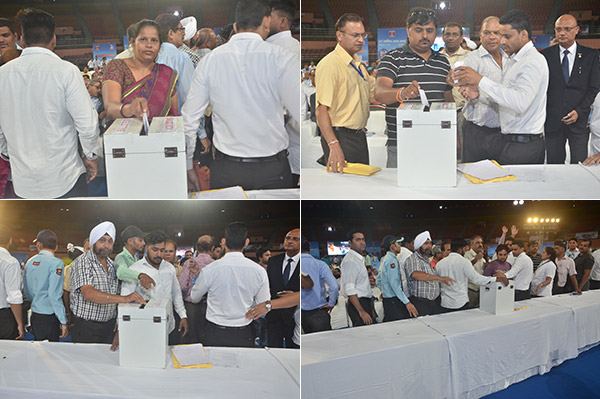 Shareholders casting their votes in the balloT

The shareholders also applauded the ‘e-voting’ measure, which was adopted for the  first time this year, enabling them to vote electronically. Pertinent concerns  like effect of GST, ONGC share price stagnation, issuance issue  of bonus shares, ONGC Videsh’s IPO and developing more rigorous techniques to measure ONGC’s CSR activities were raised by the shareholders, which were duly address and replied by the CMD with inputs from various board members.Shareholders also advised the management to ensure sustainable development and focusing more towards renewable energy. 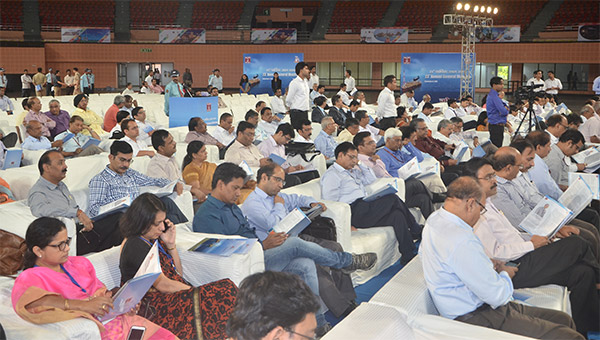 A view of the cross-section of packed audience

While responding to questions of diversifying, CMD responded that ONGC has already gone beyond  convention hydrocarbon business and ONGC leads exploration of unconventional  and alternate sources of energy in India. He also informed the shareholders that ONGC has invested 421 crores for CSR,community building to ensure sustainable  development.

The vote of thanks was delivered by K M Padmanabhan, Independent Director of ONGC, who appreciated the CMD and ONGC’s Board for holding the AGM seamlessly. He also appreciated the shareholders for their continued support to  ONGC.

After  the vote of thanks, the meeting was declared closed by the CMD.