Soon after getting the news, Mr Bora humbly commented: It is an honour and privilege to get selected for such a coveted post. I am grateful to   Government of India for bestowing its trust upon me and I would dedicate all my endeavours, thoughts and spirits to ensure the energy security of our country. I acknowledge with sincere gratitude the support of ONGC Management, without whom this was not possible.

Mr Utpal Bora took over as Asset Manager, Mehsana on 1st October, 2014.Leading from the front he turned around the highest producing onshore   Asset and successfully steered the Asset to its new high and Mehsana asset, under his leadership received the Best Onshore Award of ONGC last   year. 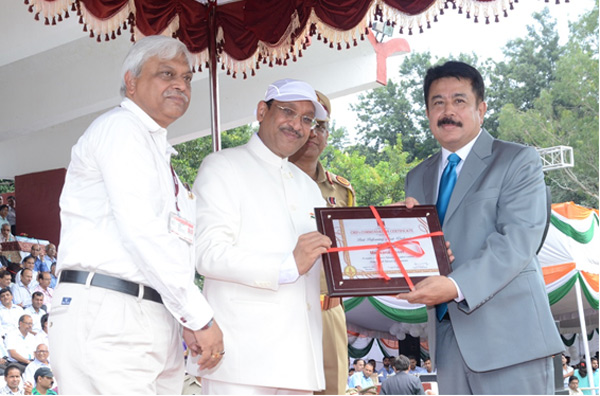 Before joining ONGC Mehsana, Mr Bora was earlier with OVL, overseeing function in Venezuela as Technical and Operational Manager in two   projects and thereafter in OVL Delhi as Head P&D Assets. He had illustrious work in several of the Major Assets of ONGC , viz. Mumbai High, Assam and Ahmedabad.

During his wide and varied experience of 33 years plus in ONGC Ltd. including OVL, was associated with activities related to artificial lift, well completion, testing, well control, reservoir management, crude transportation/ quality assurance for refinery receipt, workover operations of onshore and offshore fields, planning, technical cell and   at OVL was engaged in framing of policy directives and its implementation, co-ordination with national oil company of Venezuela, PDVSA under projects like Petrocarabobo and San Cristobal.

As Head Well Services at Sibsagar, by improved workover management and planning, contributed to 35% of Asset’s oil production during 2010-11   enabling achievement of Annual MoU production targets after 24 years.

As Asset Manager Mehsana, lead a team of about 2300 engineers and technicians to sustain production from brown fields with about 1800   operating wells, 07 drilling &amp; 20 workover rigs, about 80 exploratory and development wells drilled per year and 38 surface nstallations. Oversaw Finance, Material Management, HR, CSR activities and coordinated with statutory bodies like DGMS, OISD etc and liaisoning with District and State authorities of Govt. of Gujarat.

His hobbies include reading, cricket and movies.

He is blessed with a daughter (settled in Australia) and a son (employed   at Accenture). He is now conferred with the honour of heading a reputed   PSU, Oil India Limited at his home state, Assom.