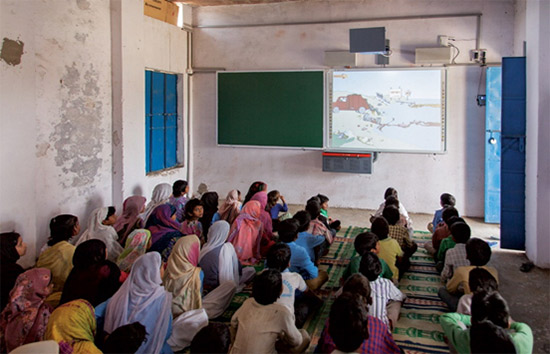 One of the smart classes set up by ONGC

ONGC has been awarded the prestigious Bhamashah  State Level Award 2016 by the Government of Rajasthan for setting up of smart  class rooms in 8 government schools in the Alwar district of Rajasthan.

This CSR initiative is part of Project Ekta.  Under this project, a PPP model has been adopted to strengthen elementary  education in Alwar, Rajasthan to achieve the target of Universalization of  elementary education and enhance Gender Equality in Education. Project Ekta is  being run and implemented by District administration and District Education  department. Already over 300 schools have been adopted under the project by  various corporates, NGOs, social organizations, individual donors, etc.

As a part of its CSR initiative, ONGC extended a financial  support of Rs. 25 lakh to Project Ekta for setting up of one Dr. Abdul Kalam  Smart Class Room (Teachnext solution) in each of the eight Government schools  in Alwar district. The project shall strengthen the education in the  educationally backward areas by making quality education available, thereby  enabling nomination &amp; retention of students especially girl child. 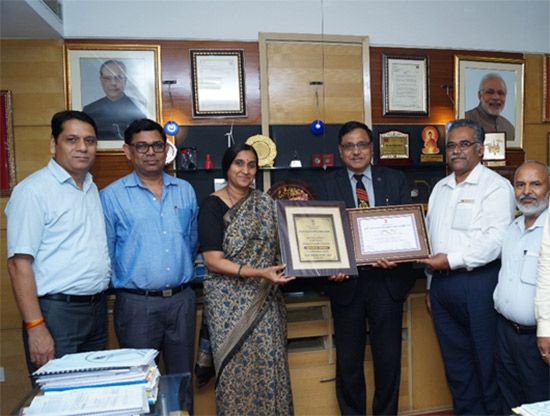 Director (HR) and Director (Onshore) complimented Team CSR for this unique initiative and desired that such type of initiatives which enhances Gender Equality in Education in rural areas specially for BPL families should be implemented as proactive CSR initiative. 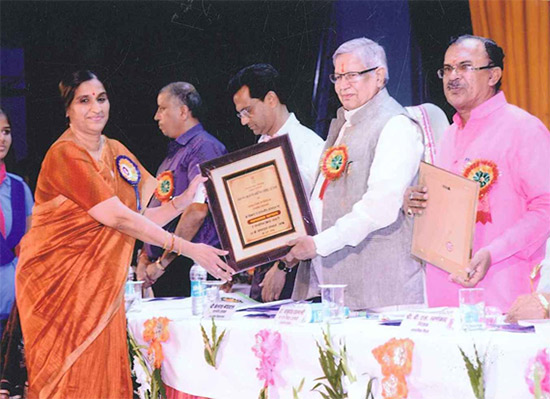 GM-Head CSR receives the award on behalf of ONGC

Dr. Alka Mittal, GM-Head CSR received the award on  behalf of ONGC from &nbsp;Shri Kailash Meghwal,  President Rajasthan Vidhansabha, Government of Rajasthan and Prof. Vasudev  Devnani, Minister of State for Primary and Secondary Education, Government of  Rajasthan during the award ceremony recently held at Birla Auditorium, Jaipur. The  award comprises of a citation and a plaque.

The citation and the plaque

The Bhamashah award was instituted by Government of Rajasthan in 1995 and is named after Bhamashah - the loyal and trusted treasurer of Rana Pratap. His responsibility was to keep the treasury secure and provide funds for battles, whenever required. It was in this capacity that Bhamashah came to the rescue of Rana Pratap on a number of occasions, when the protection and honor of Mewar was at stake.