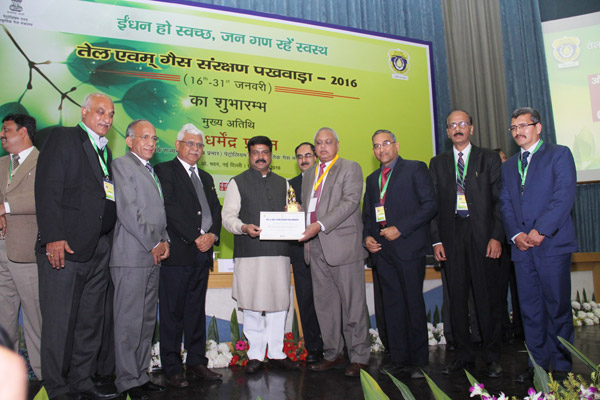 Speaking on the occasion, Mr Pradhan said that in India, there is an acute need to bring about awareness about clean fuel and fuel conservation. He said the Country has committed in COP-21 meeting recently to bring down the carbon footprint, and the way forward is through clean fuel and fuel conservation. He said that Conservation of precious fuel resources has to be a sustained and voluntary process, and the Government is committed to generate awareness, educate and inform people about this. Mr Pradhan said that year long programmes should be chalked out to achieve this end. The Minister, appreciating the fact that over 5 lakh students and more than 4600 schools participated in the competitions organised by PCRA this year for the occasion, he said that the target should be to reach 1 lakh schools and crores of students. Underlining the ill-effects of pollution due to burning of wood and other conventional fuels, he emphasised on usage of clean fuels like CNG, PNG and LPG, and using the fuels effectively. Mr Pradhan said that the Government is supporting 100% LPG connected smokeless villages. He called upon the Oil Marketing Companies to spread awareness among the drivers about the benefit of switching off the engines during traffic jams and long stoppages. 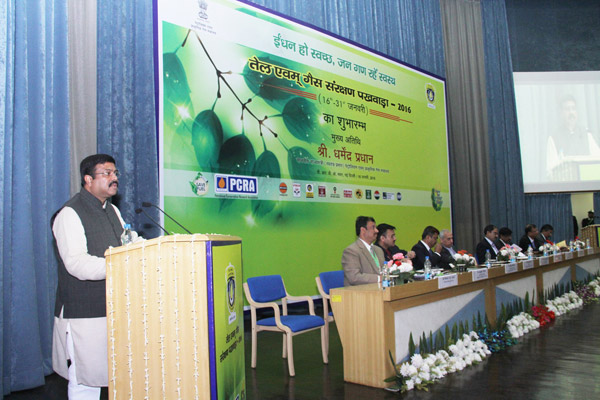 Mr Dharmendra Pradhan administered oath of conservation to the participants of the event. He also gave away awards to various coordinators and Companies for promoting fuel conservation, and to school children for winning various essay and drawing competitions on the theme. The Minister also flagged off a publicity van to states of Northern India to spread Conservation awareness. 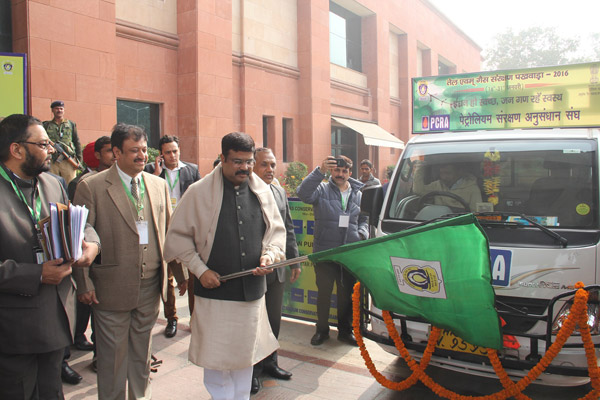 Flagging off the publicity van to spread conservation awareness

The event is organized every year by PCRA (Petroleum Conservation   Research Association) and other oil PSUs under the aegis of the Ministry   of Petroleum and Natural Gas. This year, the Oil &amp; Gas Conservation   Fortnight is dedicated to Clean Fuel.