Cuddalore is one of the battered and bruised Districts  affected by the recent torrential rain, left a large number of people homeless.

Crew members of E-760-16 Rig did not stop reading  the newspaper but they rolled up their sleeves, collected contributions from the  crew members, and it was encouraged by RIC Mr. S K Jha, CE (D).

Mr. T S Anbarasu SE (E), M Mathiprakash, EE (D), A  R Balasubramanian, MMO and S  Sundarrajan, AT ( E) were the front  liners, organizing from the budding stage to the fruit stage. They chose the  most affected villages, viz., Vathkollai (Pudhur)  and Thoppukollai, Kurunghipadi Taluk of Cuddalore District, where people have  lost most of their personal belongings and household items. 150  Bedsheets, 50 Sarees, 50Lungis and eatables were distributed to the villagers on 8 December 2015. 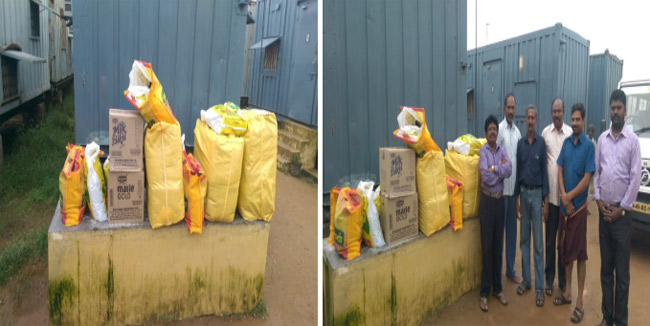 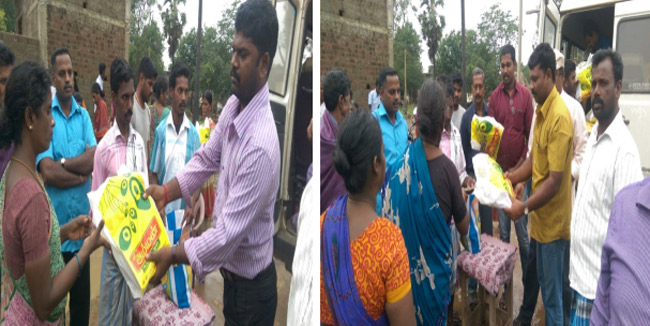 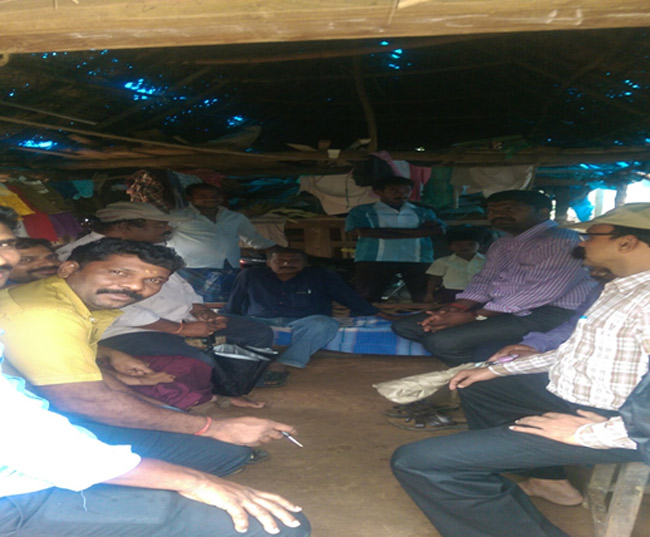