ONGC  observed weeklong campaign about preventive vigilance and the need for good  corporate governance across its pan-India work-centers. ONGC organized visits and  activities in premier schools and colleges to create awareness among the  younger generation about preventive vigilance and good corporate governance. A  summary of the main activities follows. 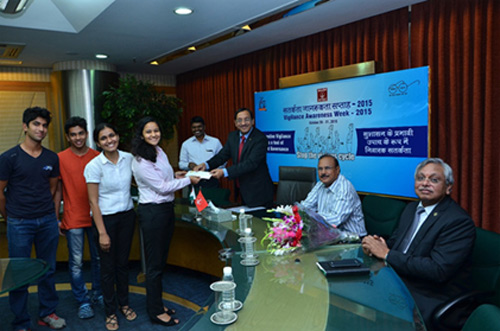 In  Delhi, Premier Business Schools like MDI, Gurgaon also evinced keen interest in  corporate governance and preventive vigilance. Renowned colleges – Shri Ram  College of Commerce and St. Stephen’s College witnessed an overwhelming  response and active participation during the debate competitions. Under the  stewardship of ONGC CVO Dr. A.K. Ambasht, ONGC conducted the weeklong campaign  about preventive vigilance and transparent corporate governance. ‘This time it  was a conscious decision to involve students from schools &amp; colleges to  educate them about preventive vigilance’ said Dr Ambasht. He had also visited  various workcentres of ONGC to drive this campaign across the country. While  saying that India’s rank has improved in this direction, he added that  integrity &amp; success can go hand in hand and enhance transparency in an organization.  Debates, Guest lectures, puppet shows, elocution and poster competitions were  organized across ONGC work-centers and ONGC colonies as well.

A  program on ‘Vigilance Sensitization of Students’ was held at Him Jyoti School  and a &nbsp;talk by Major General Shammi Sabharwal, GOC, Uttarakhand Sub Area,  was organized at KDMIPE Mini Auditorium in Dehradun. Vigilance Sensitization of  staff and students of University of Petroleum Energy Studies, Dehradun and a  Quiz program on general vigilance awareness for the employees at atrium of  Green Hills, Tel Bhavan Complex, Dehradun. 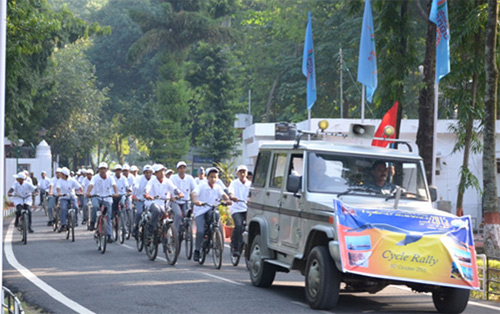 A  debate competition in Hindi and English in  the MPPS Campus, Dehradun. The topic of debate was “Preventive Vigilance is a  tool of Good Governance” or "Nivaarak Satarkata Susaasan ka ek ahem Sadhan Hai” and a programme on Vigilance  Sensitization of Students was held at Govt. Girls Inter College, Lakhi Bagh,  Dehradun. A Cycle rally was organized on 30 October,  2015 to spread the message of Vigilance Awareness amongst the general public  residing in nearby surroundings. Students of Kendriya Vidyalaya, ONGC  participated in the Cycle Rally.The cycle rally was flagged off from Kendriya  Vidyalaya; the rally took the route of GEOPIC Chowk-Garhi Cantt-DSOI-Cambrian  Hall to reach the Subir Raha Oil Museum in Tel Bhavan Campus of ONGC. The  winners of debate, Essay and Slogan writing competitions, Quiz and  participants of various programs were felicitated. 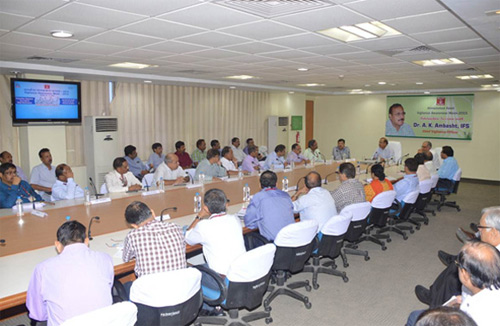 A glimpse of interaction by CVO ONGC with Ahmedabad Asset Team

Several sensitization programs were conducted at ONGC Ahmedabad and at various  colleges at Ahmedabad during the Week to create awareness on vigilance aspects.  A sensitization talk by Dr. Ambasht, CVO, ONGC and his interaction with the  Senior Executives of ONGC Ahmedabad was centric to the theme of this year. Emphasizing the importance of eradicating corruption and bringing in  transparency and integrity in all spheres of activities, Dr. Ambasht opined  that instead of punitive vigilance emphasis should be on preventive vigilance  for promoting good governance as an integral part of ONGC’s work ethos. 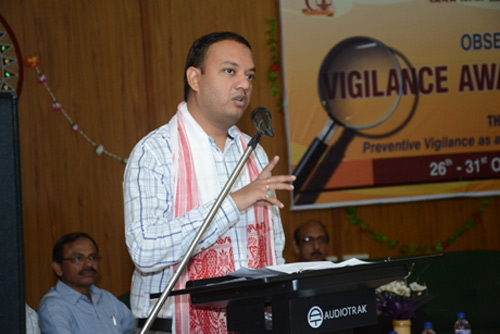 A cross section of the employees gathered for the event

A Vigilance  Quiz was conducted on 29 October 2015 at various locations in Mumbai including.  Banners and Posters were displayed at prominent places of Priyadarshini  Premises. The program sensitized the employees of the Western Offshore Basin  towards Vigilance and informed them about subtle aspects that they should bear  in mind in the execution of their day to day jobs. 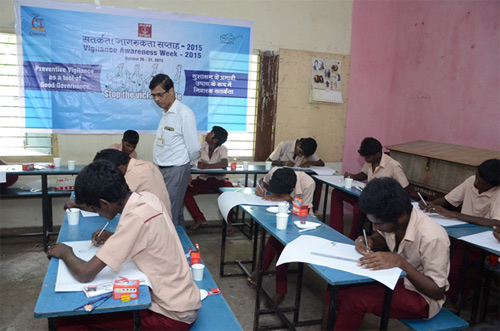 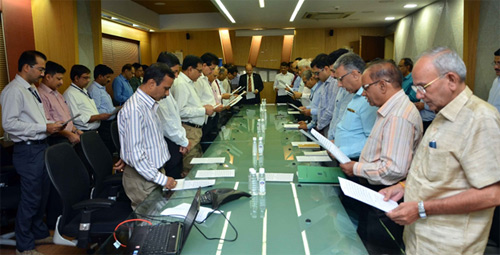 During the week several activities for employees and family  members were organized to reaffirm our fight against corruption. In an endeavor  to spread the message outside office, ONGC Videsh also organized Debate and  Essay completions in Sri Guru Harkrishan Public School Tilak Nagar and enactment of a play on the theme of vigilance awareness week by students of  Miranda House College, Delhi.

Multiple weeklong activities have been planned in  collaboration with Faculty of Social Work, Maharaja Sayaji Rao University  (MSU), Vadodara. The youth/students of  Faculty of Performing Arts, MSU, conducted a ‘Nukkad Naatak’ (Bhavai), near  Gandhinagar Sabha Grah, City area on  the theme of ‘Role of Youth in eradication of corruption and promotion of good  governance’, which was very much appreciated by the passer by, in the busy  market area. 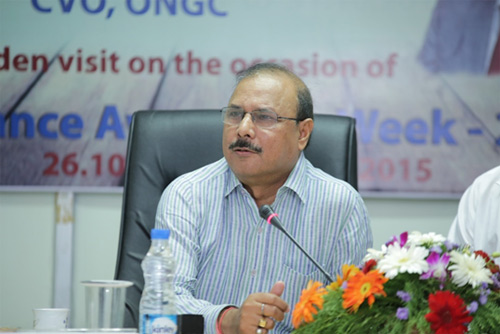 CVO addressing the gathering in Kakinada

Debate competition on the subject  “Is it possible to live / work with  integrity and succeed with integrity”, organised by EOA at Jawaharlal Nehru Technological University, Kakinada (JNTUK), in line with the CVC directives, as  a part of the extended outreach. Approximately 300 students from University  College of Engineering (UCEK) formed the audience along with faculty members. 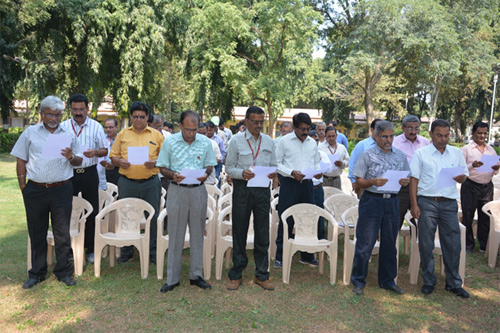 As part of vigilance sensitization  program, a brief presentation on CVC message was made. An on-the-spot <em>Vigilance Quiz program</em> was organized and  prizes were given away to the winners. The program evoked lot of interest from  the audience, and was widely appreciated.

To encourage the  younger generation to build a “fear &amp; favor free” society, quite a number  of programs – Essay completion, debate / panel discussion elocution etc. were  organized in KV Ongc and KV Kunjaban for students of class IX and above, and  also in various professional colleges and University of the capital such as NIT  Agartala, DR B R Ambedkar Medical College & Tripura University.