ONGC has taken the 'Swacch Bharat Abhiyan' to all parts of the country. The campaign was kicked off at Rajahmundry and soon witnessed enthusiastic participation by ONGCians and its stakeholders all across the country.

ONGC also launched Swachh Vidyalaya campaign by laying the foundation stone for toilets in schools. ONGC will invest over Rs 100 crore for constructing toilets in 2500 schools all over India, in the first phase of the campaign. ONGCians at Rajahmundry volunteered to clean the office premises led by CMD and Director Onshore. 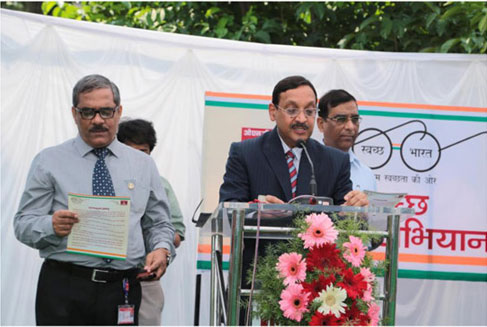 Director HR D D Misra flagged off the Walkathon at Dehradun to create awareness on cleanliness for a cleaner India. ONGCians at Dehradun led by senior officials took to brooms to clean the streets and office premises. 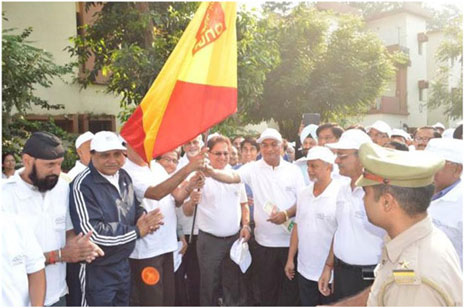 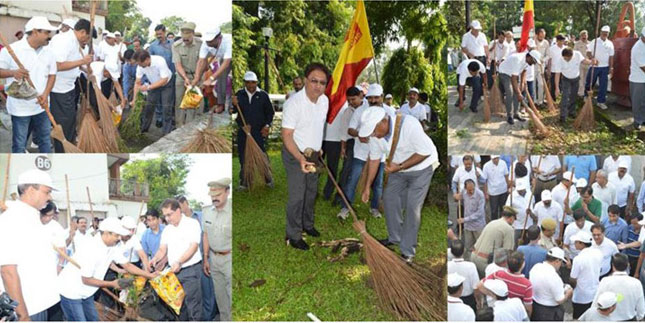 At Mumbai, Director (Offshore) T K Sengupta launched a Walkathon and administered pledge towards a cleaner India. ONGCians at Mumbai led by senior officials took to brooms to clean the streets and office premises. 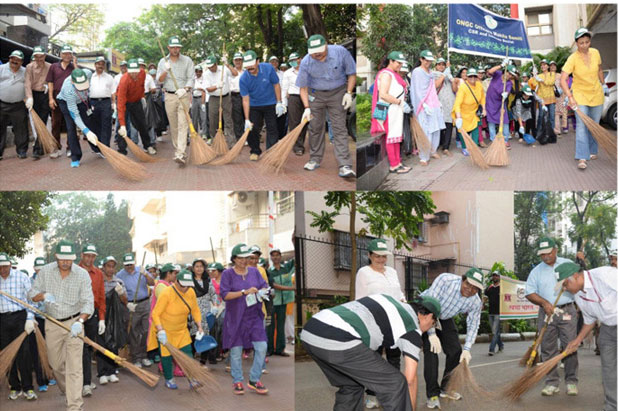 Similar walkathon was also organised at Panvel which was participated by the ONGCians posted at 1E0T, 10GPT and Panvel offices along with the 00MS and family members of ONGCians residing at Panvel. 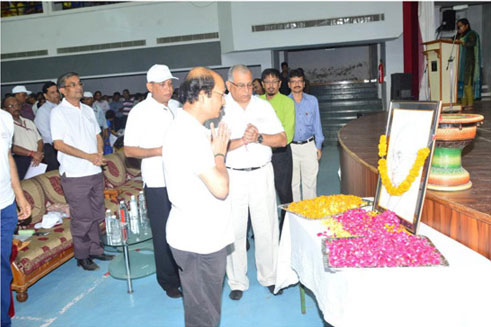 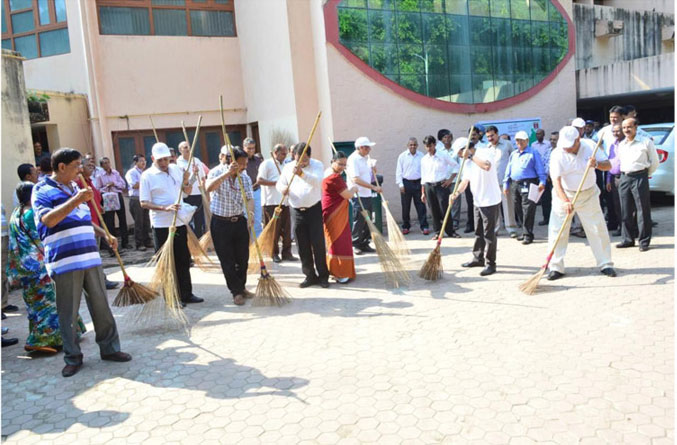 A walkathon was held at Assam to create awareness. School children as well as residents of Assam joined the movement. 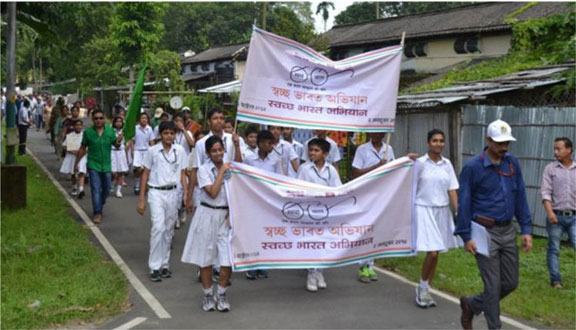 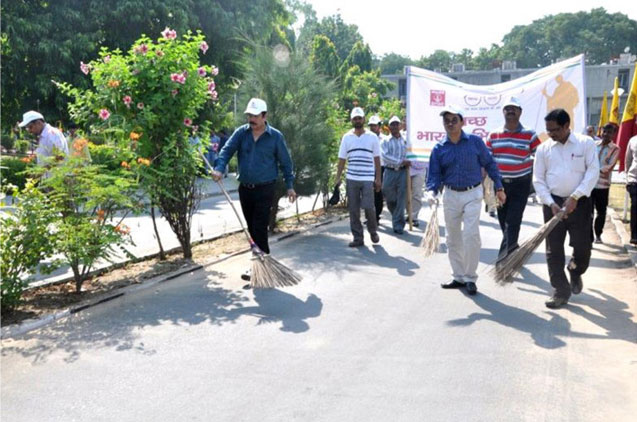 Mr. Bora (left) and Mr. Basu along with members of collectives leading the Abhiyan 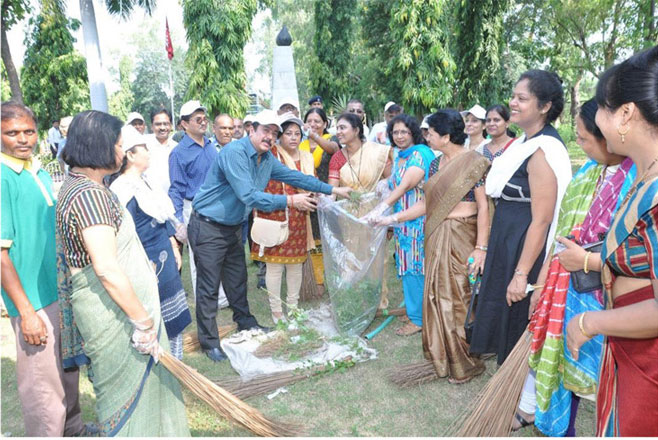 Mr. Bora along with Mrs. P. Bora, President of Mahila Samiti, mehsana and other executives collecting the garbage

Glimpses of the Campaign at ONGC, Vadodara 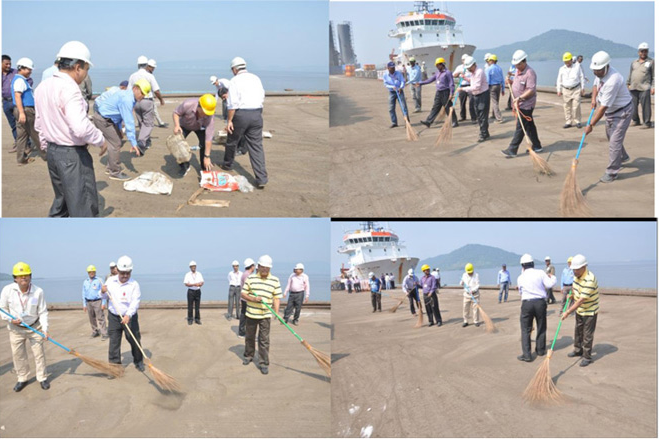 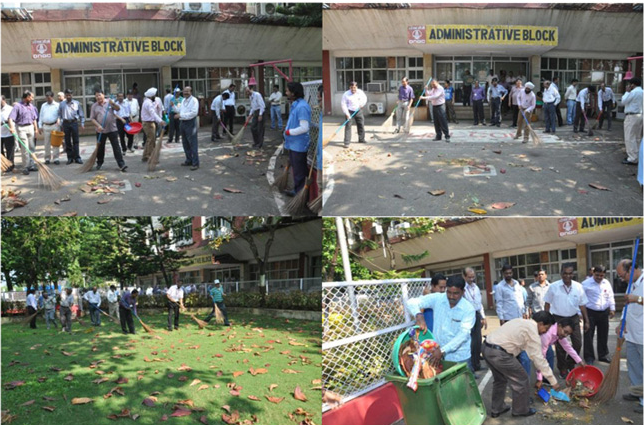 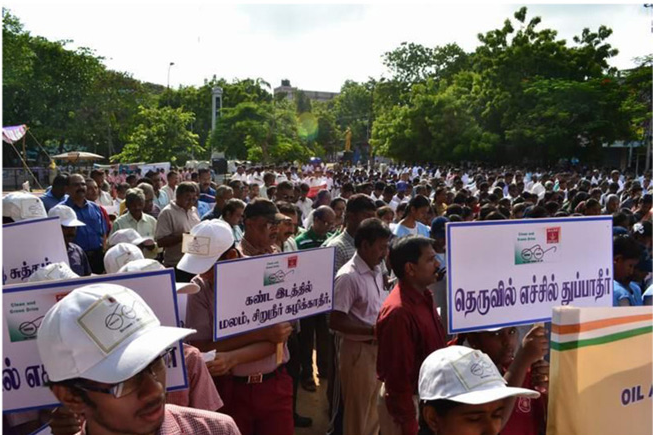 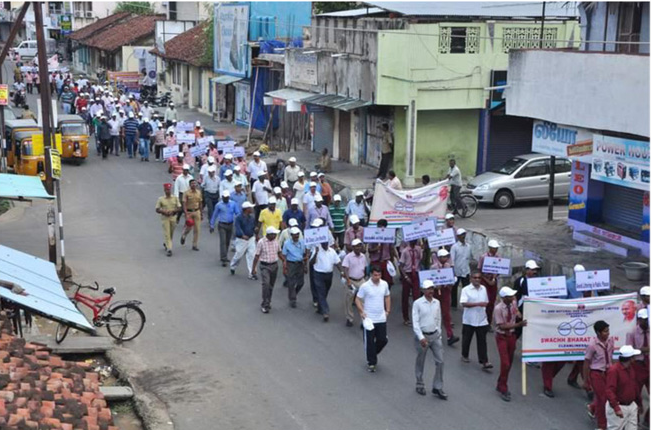 Walkathon in progress through Karaikal streets 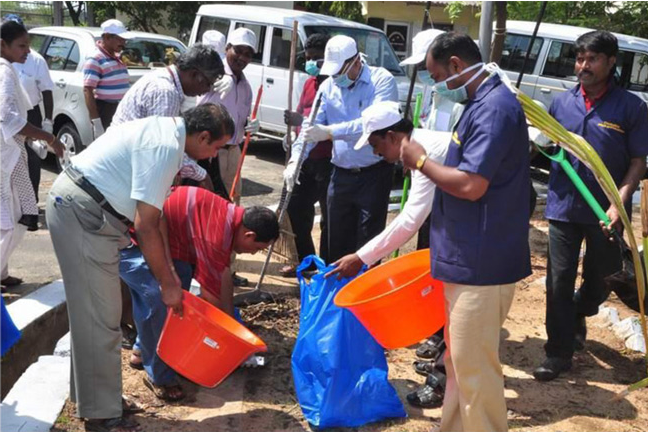 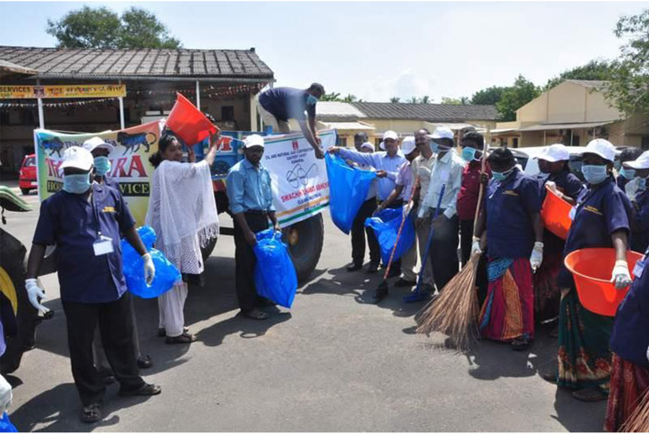 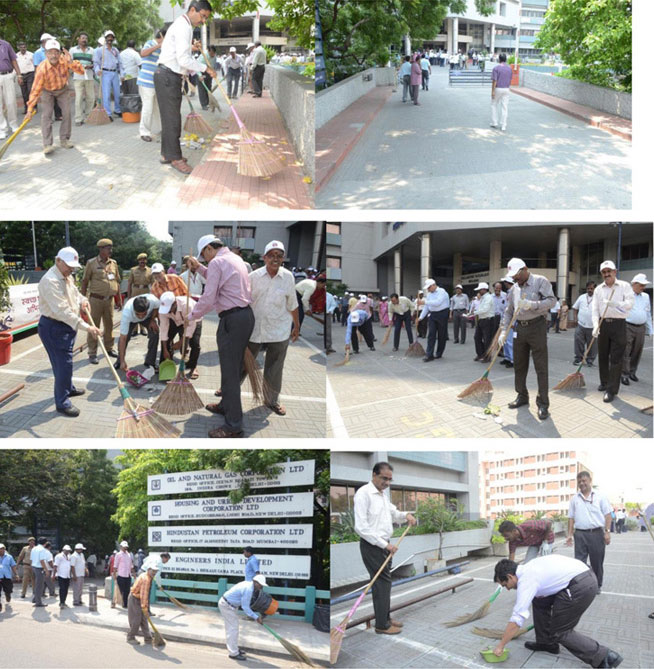 Officials on cleaning drive at CMDA

Pledge being administered by Mr.A.V.Sathe,ED-Basin Manager in Basin office