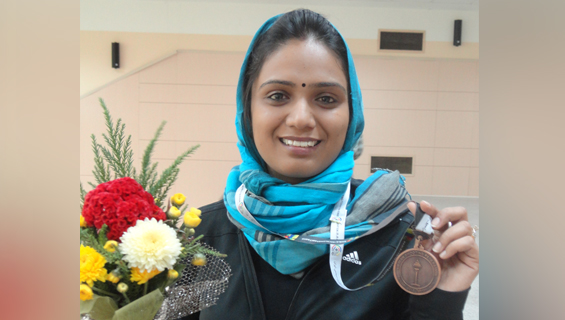 The first medal for the India has been won by ONGCian at the Asian Games 2014 at Incheon , South Korea.

As always ONGC has the strong presence at the Asian games this time also contributing 40 athletes to the Indian contingent. ONGC’s efforts in sports promotion have been well recognized at the highest level with President of India presenting the company with ‘Rashtriya Khel Protsahan Puruskar' in the year 2014.