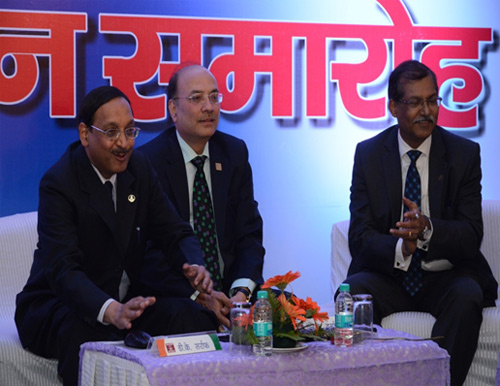 The occasion was graced by all EC members, seniorsExecutives and former employees.During the launch, theExecutive Committee desired to have more such initiatives across ONGC.

After launching theportal, CMD congratulated the Infocom Team for their achievements and dedicationin making this web-portal, which will provide redressal of grievances of all stakeholders. He expressed his pleasure onimplementation of portal in a record time of 24 days of its conceptualizationon 1st January 2015, during the interactive session across theorgainization. 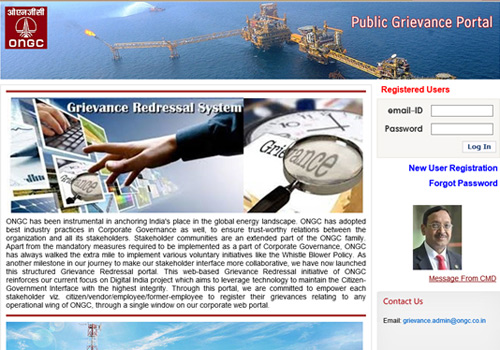 This portal is a step furtherto empower each stakeholder viz. citizen/vendor/employee/former-employee to registertheir grievances related to any operational wing of ONGC, through a single windowon corporate web portal. A structured apparatus has been operationalized toprocess the grievances within a limited time frame.

CMD in his message onthe portal expressed the commitment of ONGC to adopt best industry practices inCorporate Governance. To ensure trust-worthy relations between the organizationand all its stakeholders, ONGC has gone the extra mile to implement variousvoluntary initiatives to establish ethics and transparency in its businesspractices at the strongest footing.

GGM CIO M K Chaudhary gives an overview of the Grievance Redressal Portal to a packed audienceThis initiative is in the lines of grand vision of Hon’blePrime Minister of India, whose Digital India project aims to transform Indiainto a connected knowledge economy offering world class services at the clickof a mouse. The initiative will takeONGC towards a paperless office which would save trees and reduce carbonemission substantially. The URL of the portal is http://grievance.ongc.co.in/