ONGC Is The Best Public Enterprise In India

DSIJ PSU Awards 2014 are based on assessment of financial performance parameters of all the PSUs using a model vetted by KPMG. It is one of the most eagerly awaited event, in which country’s leading public sector enterprises are felicitated and awarded for their performance under various categories such as productivity, efficiency, efficacy, profitability, corporate social responsibility etc. The selection process is transparent and is carried by a highly trusted research team with industry leaders as jury members. 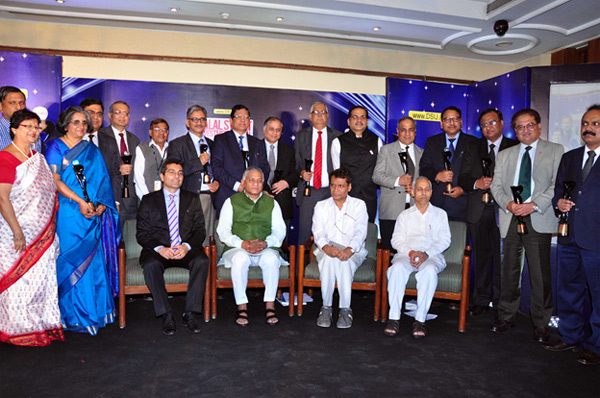 One for the album – Award winners in various categories

In his keynote address, Hon’ble Minister for Railways Mr.Suresh Prabhu praised the award winners in their relentless aim for corporate excellence and underlined the need for pushing the public sector units to compete efficiently with private players. He appreciated the jury members and management of Dalal Street Investment Journal Public Sector Undertaking Awards for their fair and transparent award process honoring industry leaders.

ONGC also won the Dalal Street Investment Journal PSU Award in the year 2010. This Maharatna PSU bagged awards for Excellent Overall Performance in the category of 'Heavyweights' and the 'Highest Market Capitalization' among PSUs in the category of 'Wealth Builders'. The then Company Chairman and Managing Director R.S. Sharma received both the awards.

ONGC has won many more awards and recognition, to know more about them click on the following link: Recognition and Ranks