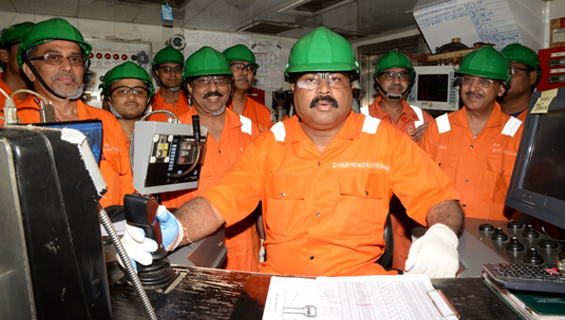 Mr Pradhan visited the Rig-Virtue 1 to have an overall understanding about the complex nature of offshore drilling operations. The chartered-hire Rig has been deployed in the Mumbai High North field and is attached to the WO-16 Platform. So far, it has drilled 31 development and two sidetrack wells besides completing one work-over (maintenance of well) operation.

The Minister later visited the FPSO (Floating Production Storage & Offloading) unit deployed at Cluster-7 field of the Mumbai High Asset, which has recently been brought under production. He also dedicated the state-of-the-art FPSO to the nation. From the Cluster-7 field, about 15,000 barrels of oil per day is currently being produced. 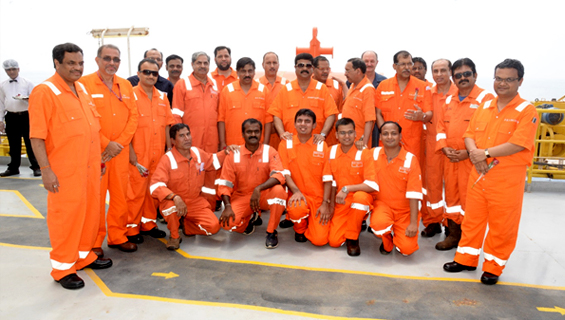 Following the hurricane tour of the Northeast Onshore Assets in Assam last month, the Minister has embarked on this offshore field visit along with senior officials of MoPNG as well as the top brass of ONGC.

Mr Pradhan also showed keen interest in the various kinds of complex activities that the offshore installations undertake for production of crude oil from the subsurface. "We have to think with an open mind in order to ascertain as to how new reserve accretion can be accomplished as well as production be enhanced," he said. Referring to the task given by Hon'ble PM Mr Narendra Modi to reduce import dependence of crude by 10% by 2022 he said, " We need to think innovatively with a positive note in order to scale newer heights as far as production is concerned".

Mr Pradhan also interacted with ONGCians on the platforms and rigs, especially the young officers, and appreciated their commitment and work for the energy security of India.