Hon’ble PM Mr. Narendra Modi participated in the Business Forum whichsaw participation from a high-level forty member delegation from bothcountries including ONGC Videsh Director (Exploration) Dr. AnilBhandari. This was followed by exchange of MoUs in the area of Energy,Infrastructure, Information Technology and Finance as a strongIndo-Kazakh Partner relationship.

Director Exploration ONGC Videsh Anil Bhandari present on the historic momentIn his address, Mr. Modi underlining the significance of technology,mentioned that it is through technology that we have been able to witness the launch of drilling operation at Offshore Caspian Sea.

Kazakhstan holds about 4-5% of total world’s reserves of oil & gasin the Pre-Caspian Basin where ONGC Videsh acquired 25% stake in 2011in the Satpayev Offshore block.

This block spreads over an area of 1481 Sq. Km and located in theshallow waters of the northern part of Caspian Sea. The geological andgeophysical surveys indicated good prospects in the block. Twoexploratory locations for drilling were released. The first andforemost hurdle was finding a suitable rig which could drill in shallowwater depths as low as 4-9 m. Various options were explored forfinding out of suitable drilling rig and finally successfully negotiated with BKE Shelf for arranging of rig JDR ‘Astra’ in January2015 with an assured drilling commitment  from 1 July 2015. 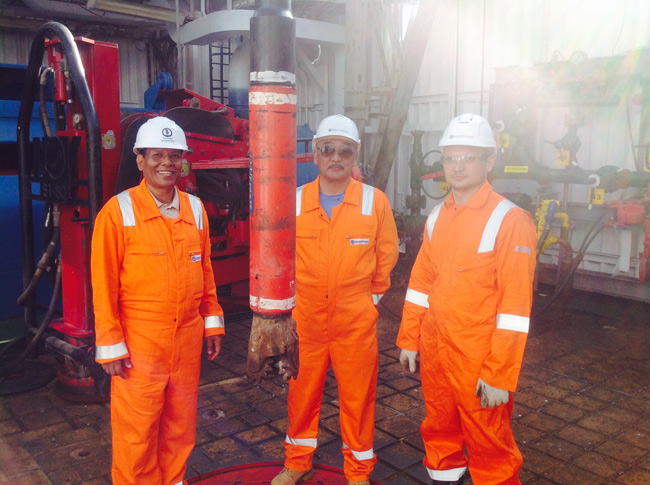 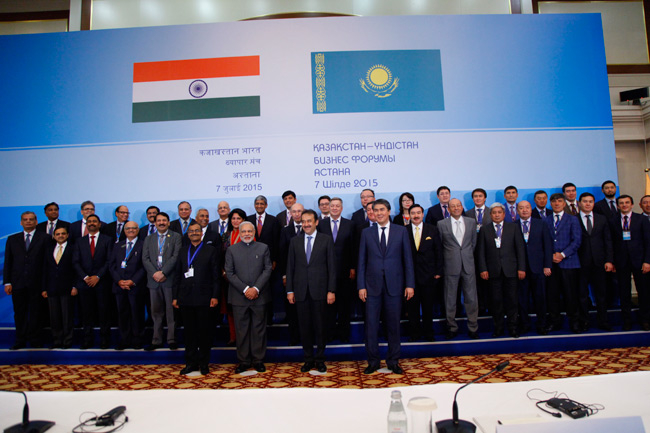 The event was a result of successful coordination between Indian Embassy at Astana, Ministry of Oil & Gas Kazakhstan, ONGC Videsh,KazMunayGas & SatpayevOperating LLP, Kaznex Invest and othersassociated with the event. It was indeed a moment of honour and pridefor ONGCVidesh Ltd.to see Satpayev block assume a central focus at thesummit level!