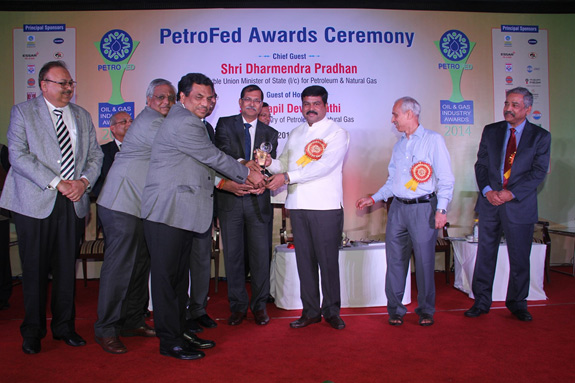 ONGCwon the awards in two categories: (i) Exploration & Production – Company ofthe Year and (ii) Project Management (Rs. 500-2000 crore). The award forProject Management was for the Cluster-7 project involving construction andinstallation of five new well platforms at Mumbai High Offshore and laying of19 segments of rigid sub-sea pipelines of around 198 km with associatedmodification at existing platforms and a new Pipeline End Manifold. 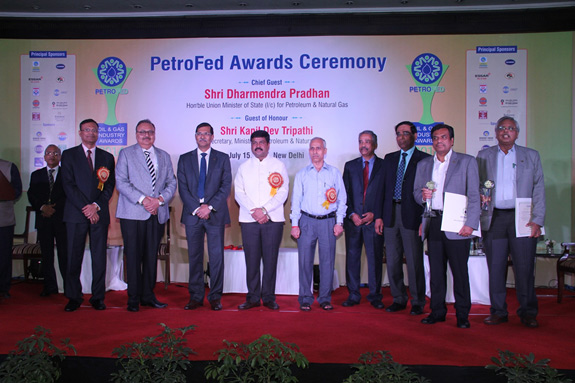 One for the albumThePetroFed awards were instituted in 2007 to recognize excellence in the oil andgas industry practices. This year, PetroFedaward winners were selected through a rigorous process of collation byknowledge partner PricewaterhouseCoopers, evaluation by the Awards Committeeled by Prodipto Ghosh, former Secretary to the Government of India, andselection by an eminent Jury headed by the former Chief Justice of IndiaJustice M. N. Venkatachaliah. The other two members of the Jury were AnilKakodkar, former Chairman, Atomic Energy Commission and Naresh Narad, formerChairman, Public Enterprises Selection Board and Secretary to the Government ofIndia.

ThePetroleum Federation of India (PetroFed) is an apex hydrocarbon industryassociation that acts as an oil industry interface with Government, regulatoryauthorities, public and representative bodies of traders and helped inresolution of issues and facilitates evolution of hydrocarbons related policiesand regulations.