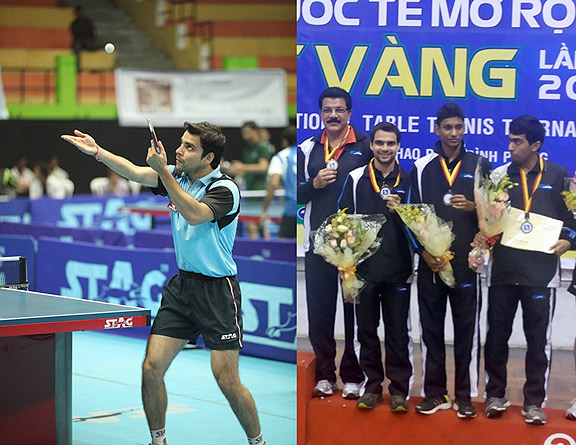 Indian team had to fight hard against some of the renowned teams of the World. Jubin in particular played remarkably well to assist his team reach the Medal stage. To qualify for the Semifinal, Indian team defeated Ho Chin Min City, Vietnam & Malaysia. The team stood second in the Group by losing to mighty Koreans in a nail biting encounter that finished at 2-3; the Koreans in turn went on to win the Gold medal in the Tournament. In the semifinal encounter, India lost to Singapore another Table Tennis power house in the world.

Jubin has been doing the national duty for many years and has many creditable performances to his kitty. This bronze medal winning performance is surely going to do a lot good to his morale ahead of next year’s mega events such as CWG and Asian Games 2014.