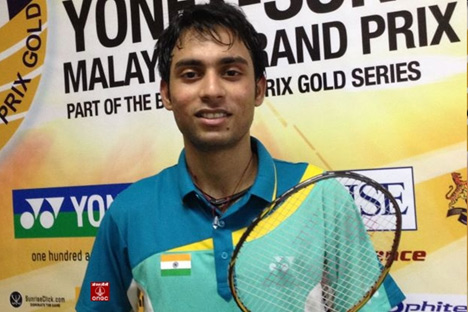 ONGCian Sourabh Verma finished runner up in the men's singles at the Malaysia Grand Prix Gold Badminton event. Sourabh strived hard to sustain his scores but went down fighting to 15th seed Simon Santoso of Indonesia. The scores were 21-15, 16-21 and 19-21.

In a marathon encounter that lasted an hour and nine minutes, Verma made remarkable comebacks in the match. In the first game, Santoso was leading 12-5 but Verma came back to win 16 of the next 19 points to take the game. In the third game, Verma was trailing 13-16. The two then shared the next few points before Verma went on the lead 19-18. It was here that the Indonesian showed his grit by clinching the next three points to bag the title.