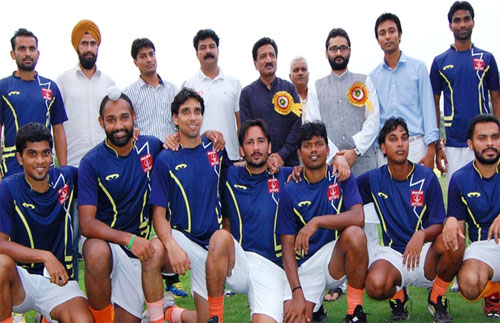 Olympian Deepak Thakur drew the first blood for IOC in the 17th minute of the game. But ONGC soon levelled score with a neat strike from Mandeep Singh in the 24th minute. Exceptional saves from experienced and internationally renowned IOC custodian Baljit Singh foiled ONGC’s Bikash Toppo’s shots at goal. IOC got the lead in the 33rd minute of the game through Roshan Minz. But Jasbir Singh soon restored parity for ONGC with a reverse hit from an acute angle. 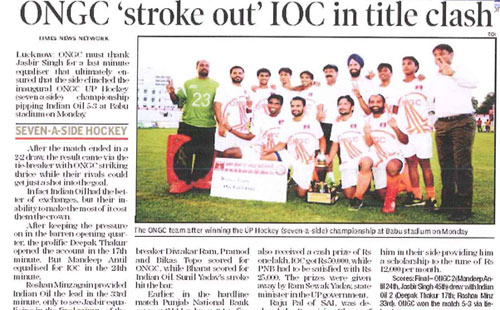 The teams were locked at 2-2 after end of regular time and the match went into tie breaker where in Diwakar Ram, Pramod Kumar and Bikash Toppo scored for ONGC. In response, IOC converted only one goal.

ONGC’s Diwakar Ram was declared the Player of the Tournament. Chief Guest for the match Ram Sevak Yadav, State Minister in UP government distributed the prizes and congratulated ONGC for their impressive show.

ONGC remained unbeaten throughout the tournament. 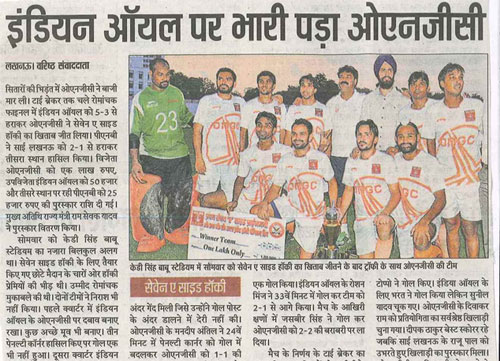 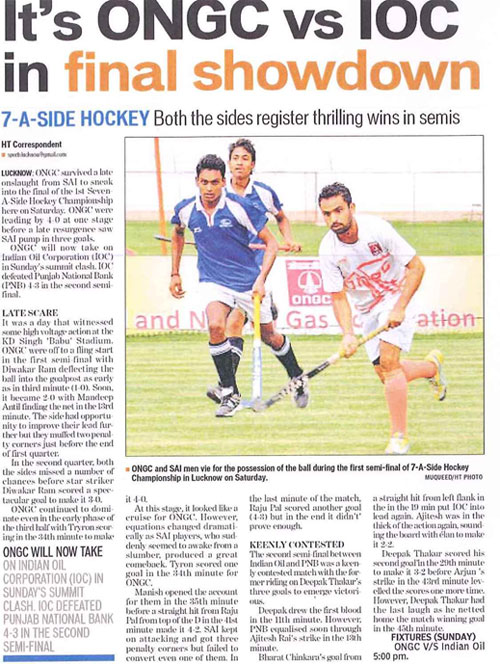