ONGCians once again showcased their sporting prowess at the recently concluded Commonwealth Games with a tally of 1 Gold, 3 Silver and 2 Bronze Medals.

Adding to the tally of gold medalist Amit Kumar (read story) and Bronze medalist Pawan Kumar(read story), here's a look at other ONGCians who made India proud at Glasgow. 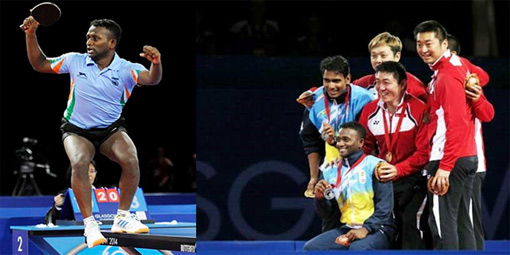 (Left) An exuberant Amalraj after winning the Semi-finals; (Right) Amalraj and his doubles partner Sharath Kamal (in Blue jersey) after winning the silver medalONGCian Anthony Amalraj leapt in the air in sheer unbridled delight- a kangaroo has never made more jumps in the space of 30 seconds than the 28 year old Indian. In fact he jumped so high that he finished on the top of the table. Having exhausted the other opportunity to win the medal, it was his last chance to show his prowess and Amal did not disappoint the Indian fans. In a high intensity trip, he ended up with silver medal in doubles pairing with partner Sharath Kamal. 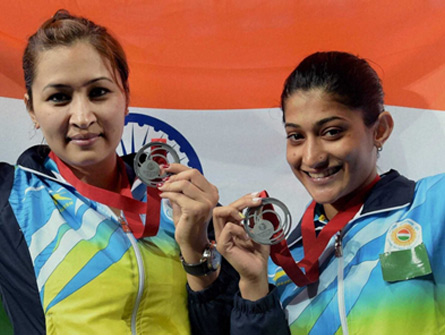 Ashwini Ponnappa & Jwala Gutta displaying their medals.Ashwini Ponnappa of ONGC along with her doubles partner Jwala Gutta yet again delivered when it mattered the most. The famous duo won the silver medal fighting a tough battle. Ashwini as usual had been very aggressive on the court and was definitely a dominant partner. 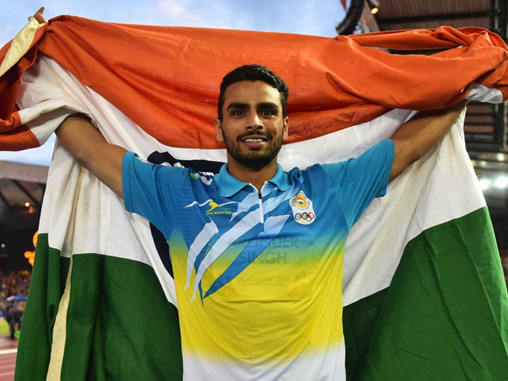 Arpinder Singh waving the Indian flagArpinder Singh got the Bronze Medal in Triple jump with a leap of 16.63 Meters in his first attempt. South African Khotso Mokoena, who jumped 17.20m as the season best clinched the Gold. A total of 20 ONGC athletes had participated in this 12 day long mega event and returned with 6 medals which is a pretty healthy success rate. Congratulations to all the ONGCians across the country.