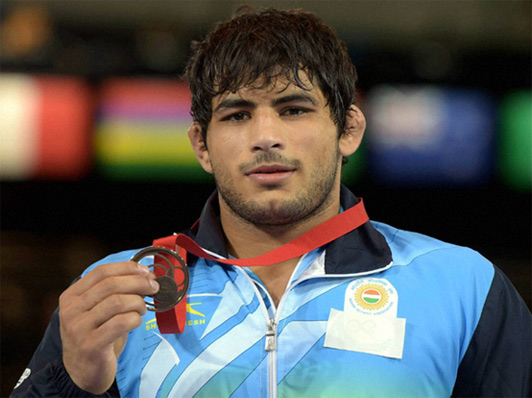 Pawan Kumar with his Bronze medal in the Men's Wrestling 86kg categoryGrappler Pawan Kumar, an ONGCian, brought more cheers for the country and the company by winning bronze medal at the Commonwealth Games 2014, Glasgow, Scotland.

Pawan beat Muhammad Inam of Pakistan in the 86kg and added another medal to the impressive Indian tally. The scores were tied at 6-6 but the Indian managed to take the last two points to tie the scores with the Pakistani. He was adjudged the winner based on the technicalities by the umpires.

On behalf of all ONGCians, Corporate Sports Division congratulates Pawan for bringing glory to ONGC and the Nation.