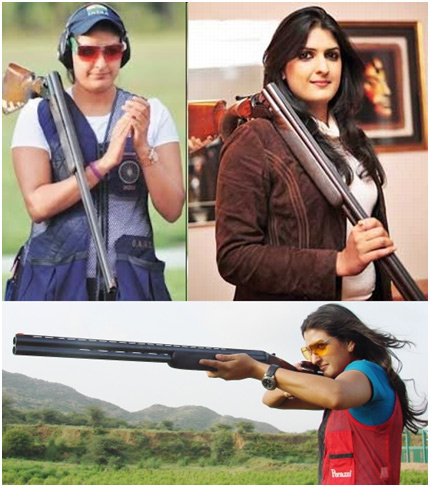 Shagun clinched the National title in the Single trap event while she finished second in the Double trap at the premier championships.

An Olympian, Shagun exhibited exquisite form in the ‘single shot’ final as she outclassed Varsha Tomar 12-9. Earlier, Shagun had shot 14 out of 15 in the semi-finals.

In the women’s double trap final Shreyasi Singh shot 84 out of 120 to win the gold ahead of Shagun Chowdhary (77) and Varsha Varman (75).

In October 2013 at the Asian Shotgun Championships in Almaty, Kazakhstan, Seema Tomar (70), Shagun Chowdhary (66) and Shreyasi Singh (64) teamed up to clinch the trap senior women's team silver after aggregating 200/225.

ONGC is proud of her accomplishments at the International and National level.