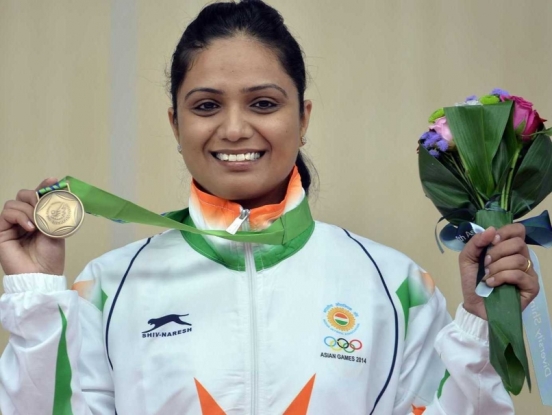 Shweta exults after winning the bronze medal in the 10M air pistol event The first medal for India has been won by an ONGCian at the Asian Games 2014. Opening India's medal tally, pistol shooter Shweta Chaudhary from ONGC got the bronze medal.

Shweta defied odds, a travel-weary schedule and absence of her regular weapon to provide India with its first medal in the 10M Air Pistol event with a score of 176.4.

As always, ONGC has a strong presence at the Asian Games this time with 40 athletes representing the Indian contingent.

ONGC's efforts in sports promotion have been well recognized at the highest level with President of India presenting the company with 'Rashtriya Khel Protsahan Puruskar' in the year 2014.