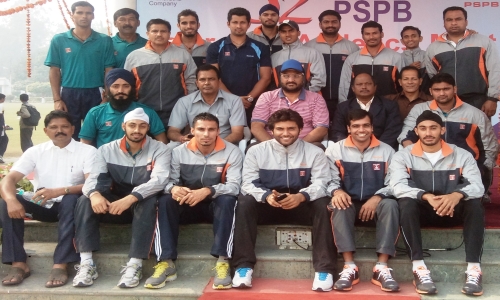 Vikas Gowda ONGC Athletics Team performed remarkably well in the 52nd Open National Athletic Championship which was held in Chennai from 10TH to 13TH September 2012 and finished at 3rd position With 6 Gold, 3 Silver and 10 Bronze medals. ONGC team was up against overall Champions Railways who had fielded a strong contingent of 121 athletes. ONGC had a thin presence of only 35 athletes who participated with great zeal and courage but due to point system in vogue, was able to finish at 3rd position overall . Services team who has been dominating in men section because of more number of athletes bagged the 2nd position. The athlete performance scorecard reflects their unstinted commitment in taking brand ONGC to even further heights of sporting excellence. Exuding tremendous confidence in their abilities from the day 1, the athlete's medal tally started showing results keeping competitors at bay. The athletics team of ONGC participated for the second time under the banner of ONGC after direct affiliation from the Athletic Federation of India. This meet was last major competition for Seniors Post London Olympics. 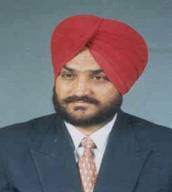 The star attraction of the team was Kamalpreet Singh who clinched 2 Gold Medals in Hammer Throw and Discus Throw respectively. The other gold medal was bagged by Inderjeet Singh in 10000 meter run followed by silver in 5000 meter run. Ms M.R Povamma continued her domination in 400 metres and secured the first place. Jasdeep Singh who threw the iron ball past 18 metres finished at the top spot after 6 rounds of throws. This is his first National senior title. Ms. Khusbir Kaur in 20km walk maintained her performance after last year's gold medal. She did not disappoint and bagged the first place in her pet event.

The team was ably guided by GC-Athletics, Mr J.S Waraich, under whose encouragement and support, the team is all set to perform even better in times to come.