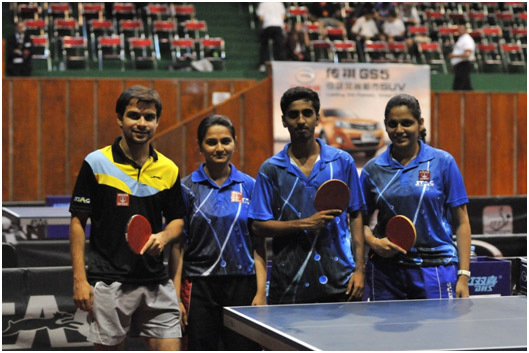 Pooja Sahasrabudhe bagged Bronze Medalat the ITTF World Tour Morocco Open crafting a new career beginning in Table Tennis.Earlier, she lost to Maria Bykova of Russia in the Semi Final after a straight fight to finish on podium. In the Quarter Finals Pooja beat a Moroccan player where she handled the hostile crowd cheering very well and held her calm.This has been Pooja's maiden medal finish at the ITTF World tour. 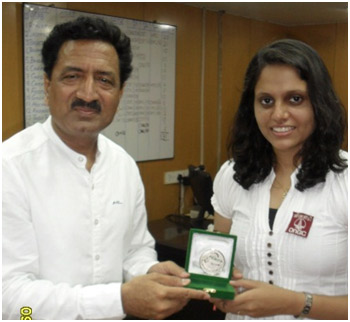 Pooja displaying her medal and sharing few moments of the C'ship with Mr V.K. Mahendru, Head Sports Another ONGCian and current Under 21 National Champion G.Sathiyan  also put up an encouraging performance by beating Elsobky of Egypt in Mens Main draw first round, following it up with second round victory over Mehdi from France who is currently ranked 119 places ahead of him. In an engrossing Quarter Final encounter Sathiyan went down fighting to Belgian Devos Robin who is again a higher ranked player with 176 places ahead.

In the Under-21 singles main draw, G.Sathiyan caused a major upset by defeating Hachard from France enroute to the Quarter Final where he lost to Cedric from Belgium who was the eventual winner of the tournament.

The experience of playing against strong opponents in the Americas Challenge Series at Las Vegas is sure to do a lot of good in improving the skills of these upcoming players.