ONGC - ONGC Boxers and Wrestlers at the CWG 2014 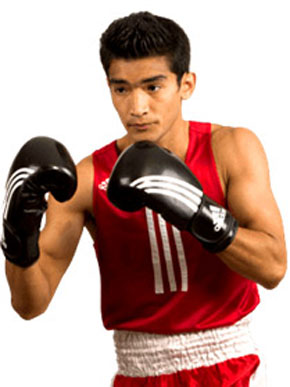 Shiva Thapa participated in the 2012 London Olympics, and was the youngest Indian boxer to qualify for the Olympics.

Shiva Thapa is ranked 3rd in the bantamweight category in the AIBA Men's World Ranking. He is the third Indian to clinch Gold at the Asian Games and has also the unique distinction of being the youngest Indian Pugilist to win a gold medal at the Asian Championships in Amman, Jordan in 2013. His elder brother Gobind Thapa was an Assam state-level medal winning boxer. 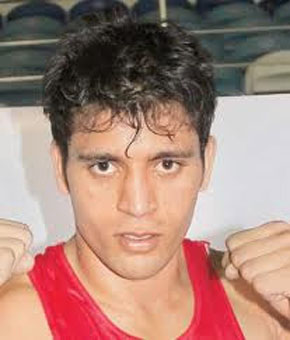 Sumit Sangwan (born January 1, 1993 in Sohana, Punjab, India) is an Indian boxer. At the 2012 London Olympics, he participated in the light heavyweight category.

Sumit is a 20-year-old amateur boxer from Karnal, Haryana. He started his career at an early age, picking up the gloves when he was only 11, at his uncle's boxing academy in the village. He soon showed his mettle and went from the state levels to the national levels when he was only 16.

After shining through the national levels by winning two gold medals, he came to the spotlight when he won the Gold at the Asian Olympic Qualifiers in Astana, Kazakhstan in April 2012. He kept the faith of the national selectors when he qualified for the London Olympics after he was picked for the Olympic qualifiers over 2010 Asian Games silver medalist and Olympian Dinesh Kumar.

He represented India in the London Olympics 2012 and reached the QuarterFinals.

He is the Sr National Gold Medal winner and Commonwealth Championship Gold winner in 2012.