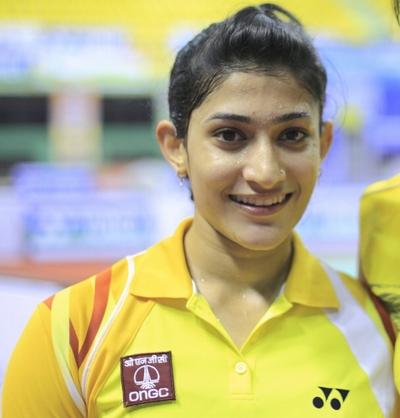 Ashwani Ponnappa, a proud ONGCian and an 'OLYMPIAN'As London 2012 draws nearer, the heartbeats of more than a billion Indians will throb with immense hope and pride, and nervous energy as well. For at stake will be a chance to carve our name and establish our nation's sporting excellence at the biggest and the most prestigious sporting spectacle - The OLYMPICS. Our heroes who will be representing the nation at the OLYMPICS will carry with them our prayers and wishes, as they compete for the country's glory and global recognition.

The third piece of this series profiles Ashwani Ponnappa, an ONGCian who will be representing India in the discipline of Badminton.

Ashwani Ponnappa, a humble lass with impeccable manners, joined ONGC on 29.05.2008, and all along she has made a consistent rise to now be at the very top of Indian Badminton in very short span of time.

Born on September 18, 1989, Ashwani belongs to a family of sports persons. Her father Mr. M A Ponnappa, an officer at Reserve Bank of India, is a former Hockey player. Her brother is a keen footballer and also plays hockey. Her mother works with New India Insurance Company.

Her hobbies include listening to music and reading books (fiction). She also has a keen interest in interior designing.

Listed below are some Ashwani's key achievements, a veritable list which definitely makes her a medal prospect for India at the Olympics. 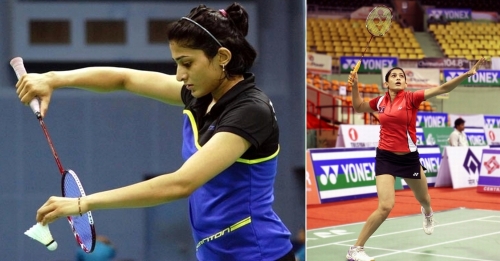 Ashwani on her home turf... the Badminton CourtAs far as Ashwani's qualification for Olympics goes, she has qualified to play in Women's Doubles (along with Ms. Jwala Gutta) in London Olympic 2012.

OR.net on behalf of every ONGCians wish Ashwani Ponnappa the very best of luck as she embarks on the journey to bring home the prized OLYMPICS medal in Badminton.