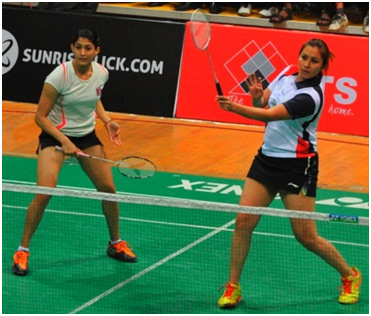 ONGCians did wonders at the 78th Senior National Championships held at the Siri Fort Sports Complex, Delhi from 16 to 23 December, 2013. 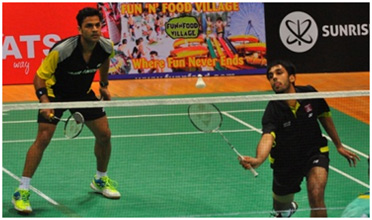 Pranav making a return as partner Akshay looks on

Pranav Jerry Chopra of ONGC won the Men's Doubles title teaming up with Akshay Dewalkar from Air India.  The pair did justice to their top billing in the tournament beating the 2nd seeds and last year's National Champions Manu Atri & B Sumeet Reddy (AAI/AP) 21-19, 21-17. Though the match was decided in straight games, the high quality play was befitting the occasion and a treat to watch.  This was the pair's maiden National title. 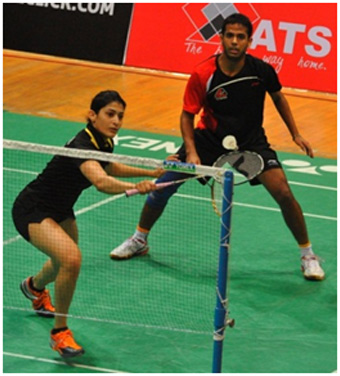 The all ONGC pair of Tarun Kona & Ashwini Ponnappa finished runners up in the Mixed Doubles event. The top seeded ONGC pair found their rhythm a little late into the final against the experienced 2nd seeds Arun Vishnu & Aparna Balan, which cost them the match & title.  Kona & Ponnappa put up a good fight in the second game before going down 21-10, 21-17.

Upcoming Kuhoo Garg, a player on scholarship with ONGC, displayed her prowess as a rising star of the future along with her partner Chirag Sen in the Mixed Doubles event. The pair became the youngest players to win a medal in the tournament when their more experienced opponents Pranav Chopra and Maneesha K conceded their semi-final match in the third game with the score reading 22-20 16-21 1-3 thus letting the youngsters clinch the bronze medal.