ONGC sportspersons have made a huge mark at the National & International arena with their creditable performances over the years. The opening ceremony of the high profile Commonwealth Games 2014 at Glasgow was held on July 23, 2014. The 224 member strong Indian contingent includes 20-members from ONGC. Expectations are high from the ONGCians at this highly competitive event.

ONGC left an indelible mark by its performance in the last edition of CWG held at Delhi in 2010 and it is beyond doubt that this year performances are going to bring more cheers to the Indians & ONGCians. Corporate Sports Division would like to share profile of ONGCians who would be seen in action during 23rd July to 7th August 2014.

In this story, we take a look at the ONGC Badminton players representing India at the CWG 2014. 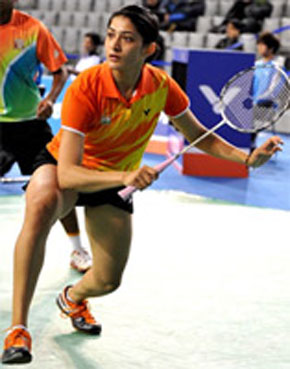 The young lass is an Assistant HR Executive with ONGC since 2005. She began her career at a very young age of 8 years as a singles player and later moved on to doubles, pairing with Jwala Gutta in women double & Tarun Kona in Mixed Doubles. She won the 'Indian Junior Championships' in the year 2001 at the age of 12.

Ashwini Ponnappa has the distinction of having hit the fastest smash in the women's game during 'Sudirman Cup' in China in March 2011 and the record smash measured at 260Kmph in 'Paris World Championship, 2010'.

For her consistent performance at the international level, she was awarded the 'Arjuna Award' by the President of India in 2012. 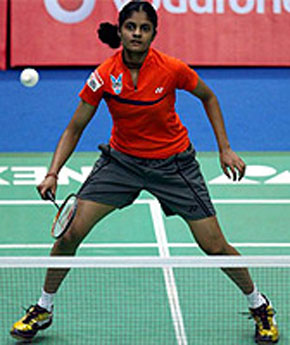 P C Thulasi has been with ONGC since 2010. She is a gritty and highly focussed singles player and is a fearful opponent at the court. She is currently ranked No 2 in the country as per the BAI rankings. She shot to fame during the 2010 South Asian Games when she won the silver medal in the women's doubles and the gold medal with the Indian team. Her recent form has been nothing short of enviable. She won the recent Sri Lanka International Challenge 2014 and the Tata International Challenge 2013. She was Bronze medallist in the Thomas & Uber Cup 2014. 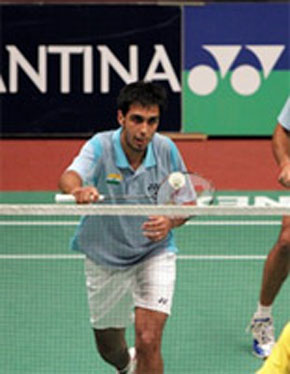 Pranaav is known as 'Jerry' among his colleagues for his swiftness and agility akin to Jerry of the Tom & Jerry fame. Known to be a jovial character, Pranaav has been at the top of ladder among men's doubles for quite some time. He has been a consistent performer for the Country and was theNational Champion, 2014. His other key achievements are as follows: