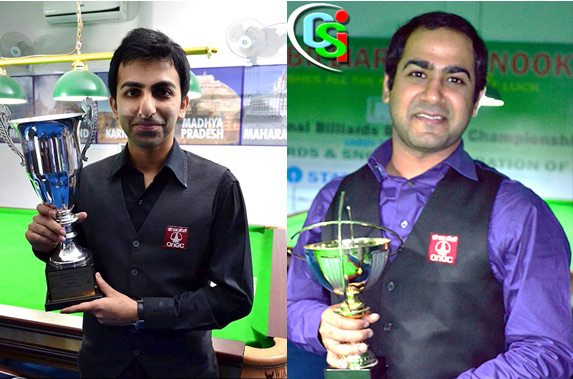 Having heralded his return to the National scene with a 145 clearance in the league matches, ONGCian Pankaj Advani signed off with an equally sizzling 139 clearance to regain his National Snooker Title after four years. There was never a doubt that Advani, one of the only two professional snooker players from India, would be the man to beat once he announced his decision to play the premier tournament.

The benefit from playing in the hard core competitive pro circuit in UK and Europe in the last two years was evident in the attitude and stroke play of Advani as he went on to script a masterpiece 139-clearance in the ninth frame of the best-of-11-frame final amidst roaring applause followed by a standing ovation from the crowd who gathered in large numbers at the Shubham Banquets, Lucknow to witness the wizard of the green baize.

Kothari, who has now qualified to represent India in all the major International Billiards events of this year, will be off to Chandigarh to participate in the Asian Billiards Championship followed by the Asian Grand Prix Billiards to be held from 04-14 April, 2014, whereas Advani has already flown out to China to participate in the final stage of the Haiku World Open Professional World Snooker ranking event.